Another romance over 40 from L.B. Dunbar
Can one sexy silver fox face the woman he once left behind but never let go? 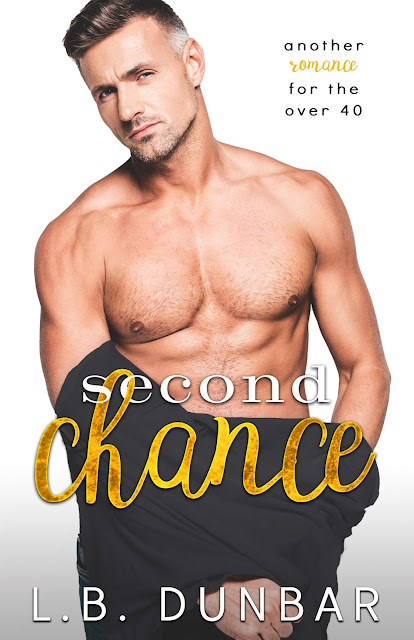 Her.
A widow at forty-four, her husband left her a letter.
Contact Denton.
Once upon a time, the three of them had been best friends.
Mati Rath isn’t sure she should look back.
Her heart isn’t ready, or so she thinks.

Him.
A pleading phone call forces him to make a decision.
I’ll be there.
Yet, he hasn’t been home in twenty-seven years.
Denton Chance isn’t sure he should return.
The past still haunts his heart.
A desire that never left them, along with circumstances beyond their control, brings the past to the present.
Can one sexy silver fox face the woman he once left behind but never let go?

L.B. Dunbar has definitely found a writing groove with her over-40 romances. I’ve enjoyed all the ones I’ve read and SECOND CHANCE is no exception.

I’ll admit that I was a tad sceptical heading into the book; I am wary of widowed characters who jump into romantic relationships soon after their spouses die. I do make judgements and it takes a skilled author to win me over, and Dunbar certainly did here.

This is a story about a second chance for Mati Harrington and Denton Chance, but it’s also a love triangle between Denton, Mati and Chris, her deceased husband. I thoroughly enjoyed the way Dunbar switched between the past and present to slowly reveal the layers of this intricate relationship between them all. They were all so young, dealing with intense feelings that resulted in actions that are still felt nearly 30 years after they happened.

Dunbar excels in giving her characters a life. These are not people who have let time pass them by. They have lived; they have had good times and they have regrets but they recognise when it’s time to leave the past behind and reach for their own happiness, whatever form this happens to take. They are also funny, a bit silly and a lot human. They are entirely relatable.

SECOND CHANCE is certainly a romance but for me it also sits firmly in the family saga category. The small town setting gives us the chance to meet other family members and friends that impact greatly on the lives of Denton and Mati. The story is about history and ancestral roots; it’s about the lies told and the secrets uncovered.

The writing was engaging and kept me entertained from the start. I highly recommend SECOND CHANCE.