New Release: Bring Down The Stars by Emma Scott

I fell for Connor Drake. I didn’t want to; I fought against it, but I fell in love with him anyway. With his words. With his poetry. With him. The gentleness and beauty of his soul that speaks directly to mine. He writes as if he can feel my heart, hear its cadence and compose the exact right lyrics to accompany every beat and flow.

I’m in love with Connor…so why do I feel an inexplicable pull to his best friend, Weston? Grouchy, sullen, brooding Weston Turner, who could cut you down with a look. Fiercely intelligent with a razor sharp wit and acid tongue, he’s the exact opposite of Connor in every way, and yet there’s electricity in the air between us. The thorny barbs Weston wraps around himself can’t keep me away.

But the more time I spend with these men, the more tangled and confused my emotions become. When they both sign up for the Army Reserves during a time of increasing strife in the Middle East, I fear I’ll never unravel my own heart that sometimes feels as if it will tear straight down the middle…for both of them.

**********
Bring Down the Stars is an emotional, angst-filled novel of unrequited love by bestselling author, Emma Scott, and is inspired by the classic tale, Cyrano de Bergerac. (Roxanne) It is Book I in the Beautiful Hearts Duet, coming this summer. Book II, Long Live the Beautiful Hearts, to be released a few weeks later. #lovetriangle #confusedhearts #notamenage 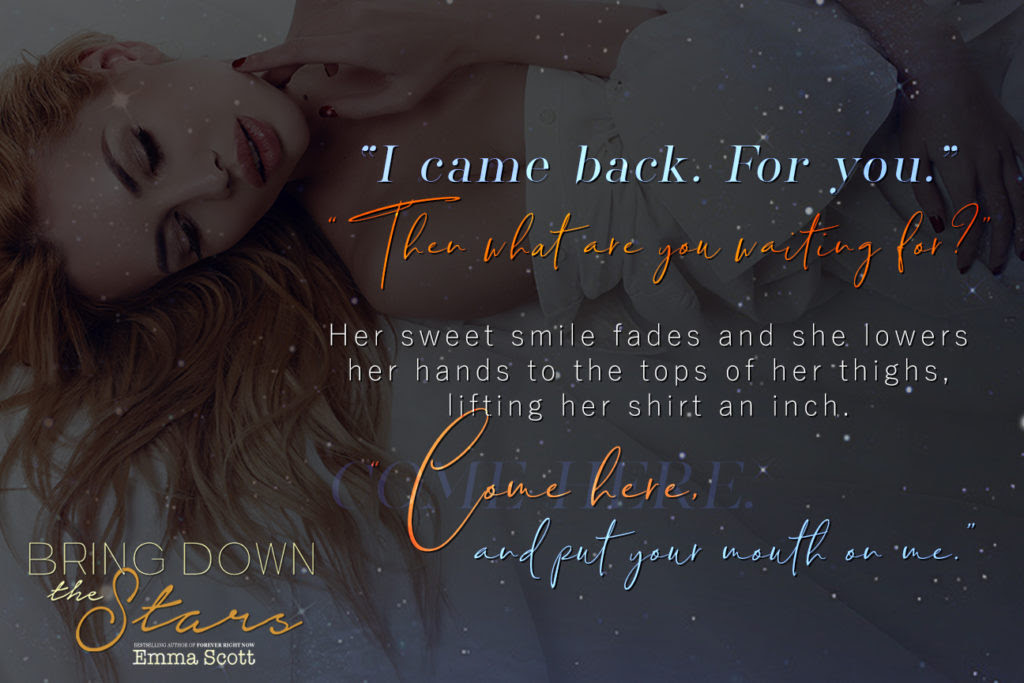 Later that night, Connor lay sprawled on the couch with SportsCenter blaring, scrolling his phone. I sat at the kitchen table, tapping my pen against an empty page in my notebook and contemplating running as my Object of Devotion. I couldn’t muster the blood and guts to put it to paper. I liked running. It served a purpose, but did I want to make it my life?
“Oh shit,” Connor cried from behind me.
“What is it?”
“I accidentally texted her.”
“Who?” I said, knowing damn well who.
“Autumn. I was fucking messing around and I hit that stupid predictive text thing, then panicked and hit send.”
“So what?”
“I don’t text or call a girl until at least three days have passed.”
I set down my pen and turned around. “Are you serious?”
“Of course I’m serious. It looks desperate to text her the same day.”
I hid a smile. “What did you text?”
“Just ‘yes’.” His eyes widened. “Shit. She’s texting me back.”
Connor jumped up from the couch and came to where I sat, standing next to my chair as we both watched his phone.
Yes…? J
Connor typed, Hey.
I smirked. “Really?”
“Yeah, so?”
A pause, then a new text bubbled up. What’s up?
“Now she’s annoyed,” I said. “Or impatient.”
Connor looked to me. “What do I say?”
“Why are you asking me?”
“You’re good at this shit. How many papers did you write for me at Sinclair?”
“This is not the same thing.”
“Ballpark.” Connor made a face. “Dude, she’s waiting.”
I frowned, thought for a moment. “Tell her the truth.”
“Hell no—”
“Tell her the truth but make it better. Tell her you were messing with your phone while thinking about her. Tell her that you wanted to talk to her so badly, your subconscious made it happen.”
“Oh, that’s good.”
Connor’s fingers flew, and then he hit send.
There was a pause and no answer.
Connor frowned. “What’s this mean?”
“It’s good. I mean she’s thinking about what you said.”
The rolling dots of Autumn’s reply came in.
The old ‘accidental text’ move? I feel like I’ve seen that before…;-)
“She’s not letting you off the hook so easily,” I said, smiling despite myself. “Don’t deny. Tell her she’s one hundred percent right. You’ll make any excuse to talk to her.”
“That’s perfect, man.”
Connor typed and hit send.
I like your honesty, came the reply.
“Hey, it’s working.” Connor beamed. “Now what?”
It was working, and I didn’t like what it was.
“I don’t know, man,” I said, waving a hand. “Type something. Whatever you’re thinking.”
“I want her to go out with me.”
“Then ask.”
With a horrible fascination, I watched Connor type, So, dinner?
“Jesus, dude,” I said.
“What? That’s exactly what you told me to do.”
“Not like that,” I said. “I told you she needs romance.”
I don’t know, she wrote. I have so much work to do already.
“Fuck,” Connor said. He nudged me with his phone. “Wes, man, you do it.”
I blinked. “Do what now?”
“Ask her out for me. The right way.”
I stared.
“Look, this girl is special. I’m not too proud to admit I need back-up getting things rolling with her.” He grinned that winning smile. “C’mon. Just this once.”
“But…”
Connor shoved his phone into my hand. “Come on, man. Do what you do. Write something witty and poetic. Something that’ll impress her enough to get me another text. Another…anything.” He clapped me on the shoulder. “Write something that knocks her on her ass and gets me in the door. That’s all I ask.”
I looked at Connor's phone in my hand and Autumn Caldwell’s text, waiting for an answer. I felt my best friend’s expectations literally breathing down my neck as he leaned over me.


Ignoring the small ache in my heart, I thought about what I would’ve said to Autumn had it been my phone in my hand, and began to type. 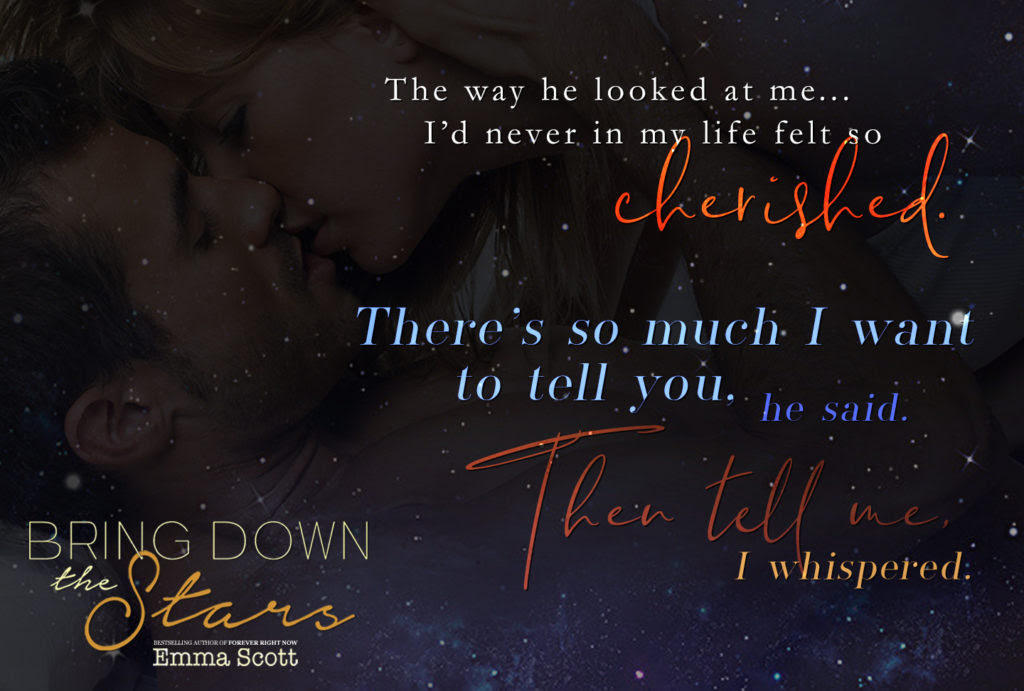 Emma Scott is a bestselling author of emotional, character-driven romances in which art and love intertwine to heal, and in which love always wins. If you enjoy thoughtful, realistic stories with diverse characters and kind-hearted heroes, you will enjoy my novels.