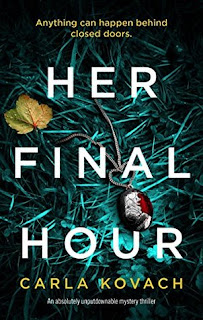 Anything can happen behind closed doors…

The gripping new novel from the author of bestseller THE NEXT GIRL. Her Final Hour will have you hooked!

Melissa Sanderson is the perfect wife and mother. She dotes on her daughter, and lives in her dream home in a quiet cul-de-sac in the suburbs.

But looks can be deceiving.

Something is amiss in that house – all the neighbours think so. Some say Melissa is having an affair. Others say she’s been drinking too much.

Then one night, sirens wake up the whole neighbourhood.

I was somewhat on the fence after having finished the first DI Gin Harte book, and after reading HER FINAL HOUR I think this character and I will be parting ways.

I found the overall plot to be interesting and while there were some good suspenseful moments, I found the general execution a tad clumsy. There’s the old telling versus showing issue. There are links that Gina makes in her investigation that I felt were improbable. Then there’s the ongoing issue of Gina and her team. The various relationships scream awkward on the page and I doubt this was the author’s intention.

Sure, it’s an easy read, and it only took me a few hours to read the book but it pales in comparison to other recent reads.


With thanks to Bookouture and Netgalley for my review copy.
Scheduled release date for this book is 23 August 2018 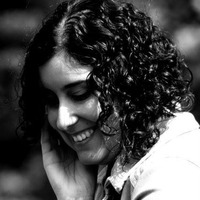 Carla Kovach was born in Birmingham, UK and now resides in Redditch, Worcestershire. Author of supernatural drama 'Flame,' psychological thriller 'To Let,' crime thriller 'Whispers Beneath the Pines, and romantic comedy 'Meet Me at Marmaris Castle.' Carla also writes stage and screen plays, some of which have been produced in the Worcestershire area.