Audiobook Review: The French Wardrobe by A. R. Shaw 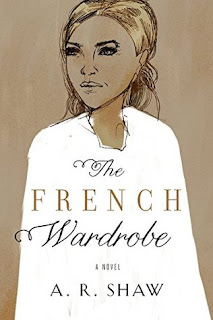 The death of an overprotective husband brings his widow's world crashing down. In her quest to survive life alone she makes a discovery not only about her strengths but also about his fears.

I struggled to understand the author’s intentions with this book. There were several competing themes and I felt none of them were presented in an engaging manner.
As a newly widowed woman, Vivian is slowly learning to live life as a single woman. These parts I found the most interesting. As she slowly sloughed off the layers of her married life, a new version of Vivian is emerging and I was cheering for her ever growing confidence and focus.

Frustratingly, this journey was marred by clonking the reader over the head with the principles of dressing in the supposed manner adopted by the French. As a metaphor for a significant life change throwing out the old and bringing in enough new things into your life works well. However, readers are subjected to the minutiae of culling a wardrobe, selecting outfits, selling items online and dealing with the delivery of packages. It’s unnecessary.

Billed as a thriller, I felt this theme also missed the mark. There is little tension or suspense because Vivian is unaware there’s a threat to her life. She is merrily going along with her life, and who can blame her? During flashback scenes we discover her now deceased husband knew about these threats but even knowing this I was underwhelmed. The threats and incidents occur decades apart.  Her husband has been over protective, but she’s had more than enough freedom across decades for someone to get close enough to harm her. Yes, there’s much more action in the latter stages of the book as the “mystery” is revealed but even that wasn’t enough to shock me because the story lacks credibility.

Sara Morsey is the audiobook’s narrator. I understood her voiced clearly, the pacing worked well and motions were well portrayed. The disconnect for me came from the “old lady” voice of the narrator. Sure, Vivian is a grandmother and while I can accept this to be her voice, the croakiness and wobble that some older people exhibit was evident in the voices of other, decades younger characters. 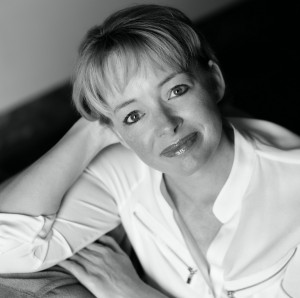 What the world dreads most has happened, is the statement describing most of A. R. Shaw's work and that gives you an idea of where her stories often lead, into the abyss of destruction and mayhem with humanity thrown in as a complication. She writes realistic scenarios which are often the worries we have in the dark of night. So far, she's sold over 51 thousand books and only just begun. A. R. Shaw resides somewhere in the Pacific Northwest.