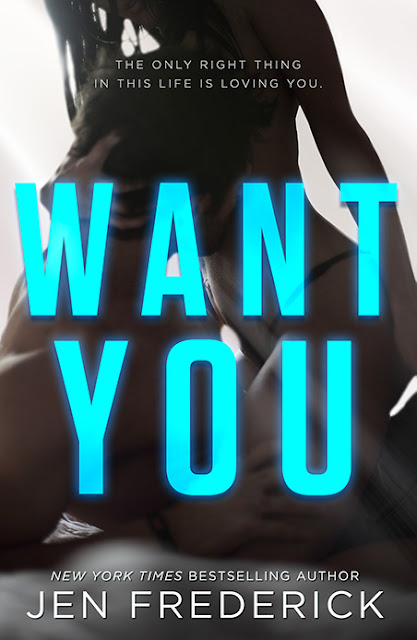 Leka
I found her in the corner of a dark alley. If I hadn’t taken her with me, she would’ve died that night—or maybe worse. Before I knew it, she became the light in my dark life, the haven from the madness. I watched her grow up. I tried to teach her right from wrong. Now that she’s an adult, I’m feeling things that no good man should ever feel. But then…I’ve never been a good man. I have a chance at redemption by saving her from the greatest danger of all—me. 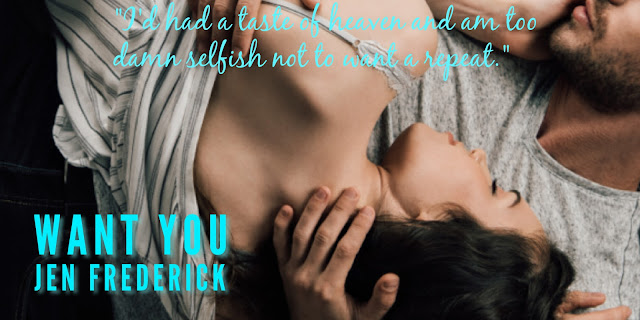 I am divided in my opinion of WANT YOU by Jen Frederick.

We first meet Leka at twelve years old and working for a mafia gang.  He crosses paths with five year old Bitsy, a street kid. There is something about her that calls to him, and he chooses to take her in instead of leaving her on the streets. Even at this age, the cunning and shrewdness shown by Leka made for fascinating reading. Young Bitsy broke my heart. Her instinct for survival made her cling to Leka who was the only person to take care of her.  The tension during this part is high. These are young kids who need to use their wits to stay alive. I was eagerly flipping the pages wondering what would happen next.

The second part of the book sees a nineteen year old Bitsy returning home from school determined to finally get Leka to acknowledge her as a woman. She loves him in the romantic sense and wants his love in return. This is where the story became unstuck for me. Yes, I understand that without this conflict there is no story, but heavens, I found Bitsy infuriating. Her wilful ignorance of Leka’s life and what could happen to them both all in the name of love came across as utterly juvenile. “As long as we have love we can weather all the changes.” With statements like this, her naivety of their situation is mind boggling! Five year old Bitsy comes across as much smarter than the nineteen year old version. I really struggled to like her.

The portrayal of older Leka was great. His internal conflict between doing his job and keeping Bitsy safe made for nail-biting reading.

The background to this book is the mafia crime world Leka operates in. There's a cast of unstable characters in a daily struggle for not only power, but basic survival. There were some violent parts in the book but overall I found the depiction of this life to be quite sanitised; I think I've developed an immunity from reading other graphically violent books.

So, did I like WANT YOU? Mostly yes. It’s my dislike of adult Bitsy that has coloured my view. If Jen Frederick’s intention was to inspire emotion in her readers then she has succeeded. Mine just happen to be a variety of them. 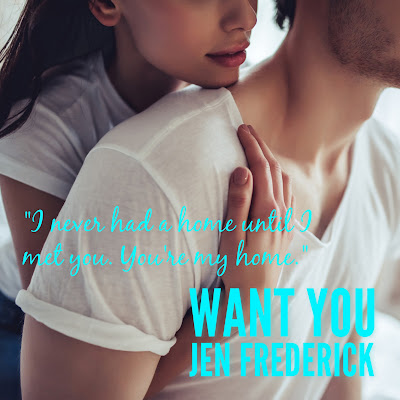