New Release Book Review (& Excerpt): Because Forever by B Cranford

“If you’re looking for forever, why aren’t you looking at me?” 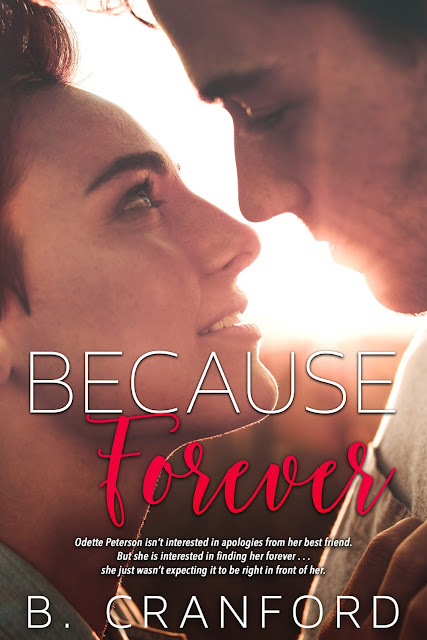 Everyone should have a chance at forever . . .

Five Minutes. That’s all it took for their friendship to fall apart, leaving her heart a little broken and her life a little emptier.

One Hour. That’s the amount of time she agrees to give him to try and find his way back into her good graces. Not that she thinks for even one minute that it might work.

Forever. That’s what Odette’s looking for. Someone to spend her life with; someone who’ll see her as more than just one of the guys. And there’s not a thing Austin can do to stop her.

Except maybe tell her that he loves her . . .


BECAUSE FOREVER by B Cranford is book 2 in The Avenue series. It’s a friends-to-lovers story featuring thirtysomethings Odette and Austin, aka Odie & Aussie.

From the outset, it’s clear these two have feeling for each other. A declaration of love occurs early on and the remainder of the book moves back and forth in time showing memories of Odie and Aussie together as youths as well as them adjusting to the new reality of being a couple. However, there is little of significance that happens to provide tension or test the relationship.

There are some lovely sentiments expressed throughout and our couple definitely have the banter down pat. Characters from the About Time (The Avenue, book 1) appear often and the good relationships between them all continues.

Overall I found BECAUSE FOREVER to be an entertaining, drama free read. I liked it. 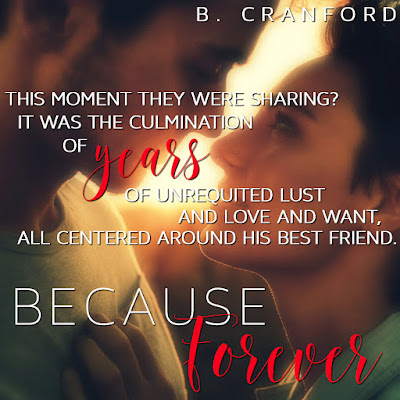 Odette Peterson was three sheets to the wind.

Sitting cross-legged on the floor in front of her coffee table, with cherry red boxing gloves on her hands and a glass of wine precariously cupped between them, she was blinking madly and wishing for . . .

Fit to be tied.
Up in arms.
Seeing red.

Well, the red she was seeing was possibly the gloves, the wine or maybe her hair, reflected back at her in the window that looked out over a currently empty street.

Whatever, she was pissed at him. Still.

And just to make sure that anger stayed at the right temperature to stop her from caving and calling him—her best friend since she was seven years old and he was eight—she decided to listen to the voicemail he’d left the day after he’d ruined everything.

But first, she had to put the wine down, remove the boxing gloves and . . . something else. But what?

Pick up the phone, Odette. She nodded her drunken thanks to the voice in her head. And then, having negotiated all three steps with only one near-fumble of her glass and one slurred curse word, she cued up the message.

“Odie, come on. You’re being ridiculous and you need to talk to me. All I said was that you were better than him”—

She paused the message with a wobbly-but-righteous tap of her finger to the screen before giving Aussie a piece of her mind. “You stupid idiot, you didn’t say I was better than him. You said I was smarter than that and acting like a dumb girl.” She scoffed. Then added an eye roll for good measure. And if the eye roll was so pronounced she swayed in place, then fine. That just meant she was committed to her anger.

A second righteous tap and Aussie’s voice filled her ear again. “And you are. I didn’t mean to upset you, Garfield, so just call me back. You know you want to forgive me. And you know I’m right about Meatball McGee.”

“His name is Mike, not Meatball. And you’re not right. You’re, you’re, you’re–calling me?” She stared at the screen of her phone, a picture of Austin—eyes crossed, tongue poking out, sandy blond curls flopping all over the place—and decided she was going to answer.

For the first time in weeks, she was going to talk to him. 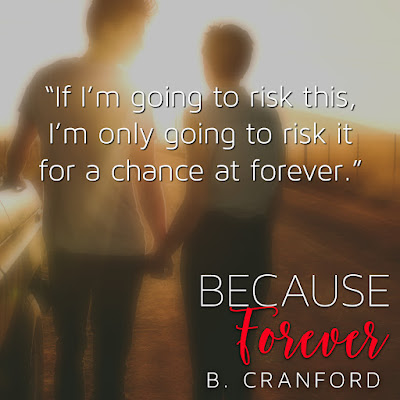 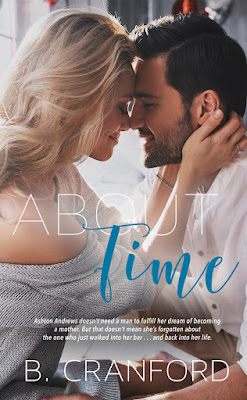 
"...an emotionally charged book that makes you feel all sorts of happy!" — Angela, Shameless Book Club