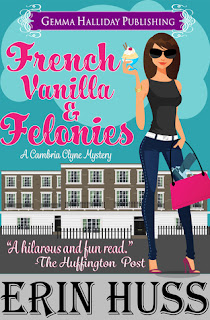 When Cambria Clyne—klutzy, twenty-something single mom—takes the job of an apartment manager at an LA complex, she hopes her run of bad luck is finally coming to an end. She's got a nice home for her daughter, a steady source of income, and the cute maintenance guy is certainly a nice perk! But her luck takes a bad turn again when a dead body turns up, a crime spree takes over the community, and Cambria finds her complex squarely at the center of it all!

With her dream job suddenly on the line, Cambria dons her detective hat to get to the truth—after all, she's watched enough crime shows on TV to know how to catch a perp! Or so she hopes as she wades through a streaker in apartment 40, an ex-con with a shady agenda, an overly frisky retired couple, and the suspiciously sneaky dealings of the dentist in apartment 36. But will Cambria be able to catch a killer... or will she get caught up in his game and lose it all?

Jobless and about-to-become homeless, Cambria Clyne lands a job as an apartment manager. Her initial elation is dulled once she meets the assorted personalities living in the complex; and then there’s the matter of the dead body she discovered in the dumpster.

Cambria was such an entertaining character. She’s observant but is prone to jumping to conclusions. Her curiosity in finding the murderer is well intentioned but using investigative skills learned from TV crime shows is likely not the best way to proceed. In brief, she’s a nutter who thinks too much and talks too much, but she is a very sympathetic character. I liked her a lot.

With many tenants taking exception to her management style, the murder investigation does at times simmer in the background as Cambria tries to maintain some semblance of control. However it all ties up nicely in the end.

FRENCH VANILLA & FELONIES by Erin Huss is book one in the Cambria Clyne Mystery series. I’ll definitely be reading more books in this series. 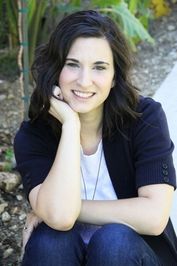 My name is Erin Huss. I'm a thirty-something mom of five, wife of one, author and blogger. I enjoy long walks through Target, romance novels, See’s Candy and musicals. I'm originally from the beautiful Central Coast of California, and now reside in Thousand Oaks with my family, which also includes two dogs and a lot of fish.

I worked as an on-site apartment manager for six years. One day, while being yelled at by a woman I was evicting because her son wouldn't stop vandalizing the building (she said he had ADD, therefore he couldn’t help writing the F-word and gang symbols all over the place), I had the idea to start The Apartment Manager's Blog. My goal was to find the funny in the absurdity that was my life and write it down for all to enjoy. Managing by myself with small kids at home was no joke, and blogging helped me keep my sanity...mostly.

Once my husband finished dental school (go Trojans!), and I was able to retire, I began writing The Apartment Manager Series...and the rest is history.