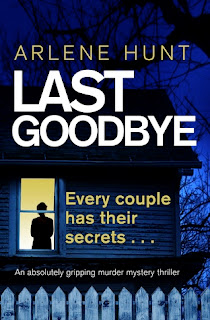 ‘The woman’s body lay on the bed, hair fanned out in a golden halo, blue eyes open. On the table stood an unmistakable sign: a bouquet of bright yellow roses...’

On a freezing January morning, a young couple is found dead in their cottage in the quiet Dublin suburbs. When Detective Eli Quinn arrives at the scene his stomach drops. It’s the second double homicide in as many months where the killer has left a bunch of yellow roses.

Tucked between the thorns is a little card, with an image of a broken heart. There’s no doubt the killer is trying to send a message, but what do the flowers mean? And can Eli figure out the killer’s motive, before they strike again?

Utterly gripping, fast-paced and nail-bitingly tense, this serial killer thriller will keep you up reading all night. If you love Angela Marsons, Rachel Abbott and Patricia Gibney, you won’t be able to put this down.

Traditional detection methods are working to some extent but the team is being pressured and influenced by people with their own agenda. Characters for the most part recognise the political machinations of their role and we find them often struggling to make personal decisions that weigh up justice versus the law. It made the characters human, and more credible to me as a reader.

The story is told in multiple points of view, including that of the undisclosed-until-the-end killer. It makes for a more straightforward read because people’s motivations were apparent for the most part. This took nothing away from the plot, which I found well woven, well paced and highly relevant in this current social climate. I was engaged from the start.

I loved many of the secondary characters that Quinn and Malloy work with, especially the pathologist Edwina King and Quinn’s current sidekick, Detective Sergeant Miranda Lynn. Given their obvious differences in experience, both personal and professional, I think Quinn and Malloy will make for great reading as professional colleagues as the book series progresses. I just hope we don’t lose these great secondary characters.

I recommend Last Goodbye, and now just have to wait for the next instalment in the series. 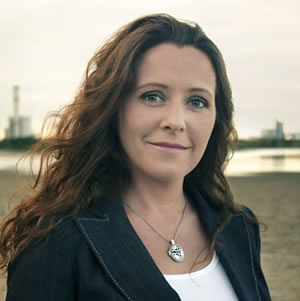 Arlene Hunt is a unique voice in Irish crime fiction. Her dark and atmospheric stories perfectly capture the grimy underworld of Dublin and beyond. She began writing at the age of 27, and produced her first novel, Vicious Circle, within the year.

Arlene is an avid reader and enjoys the works of Robert Crais, George Pelecanos, James Ellroy, James Lee Burke, John Connolly and others.

Arlene Hunt lives in Dublin with her husband, daughter, German Shepherd and a one-eyed cat.