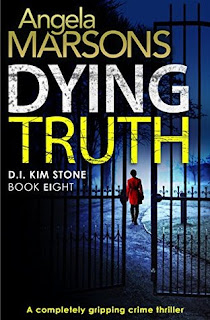 How far would you go to protect your darkest secrets?


When teenager Sadie Winter jumps from the roof of her school, her death is ruled as suicide – a final devastating act from a troubled girl. But then the broken body of a young boy is discovered at the same school and it’s clear to Detective Kim Stone that these deaths are not tragic accidents.

As Kim and her team begin to unravel a dark web of secrets, one of the teachers could hold the key to the truth. Yet just as she is about to break her silence, she is found dead.

With more children’s lives at risk, Kim has to consider the unthinkable - whether a fellow pupil could be responsible for the murders. Investigating the psychology of children that kill brings the detective into contact with her former adversary, Dr Alex Thorne – the sociopath who has made it her life’s work to destroy Kim.

Desperate to catch the killer, Kim finds a link between the recent murders and an initiation prank that happened at the school decades earlier. But saving these innocent lives comes at a cost – and one of Kim’s own might pay the ultimate price.

The apparent suicide of Sadie Winter at a private boarding school, brings DI Kim Stone and her team  to investigate what is quickly deemed a murder. With school officials wanting to quash reports and whisperings of secret societies, the team is struggling to solve the case. Soon after, another student dies and the race is on to find the murderer(s) before another child dies.

The writing, plot and pacing of the book was great. I read it in one sitting and was eager to learn what happens next. There’s a sense of urgency to find the murderer running alongside the everyday routine of being part of a professional team – it’s performance appraisal time and the conversations Kim has with her team and they with each other again illuminates how well they know each other.

I did not guess who the killer was – no surprise there. I rarely do  – but the ending has some major shocks in store for readers that I definitely did not see coming.

Dying Truth is another excellent instalment in the DI Kim Stone series. 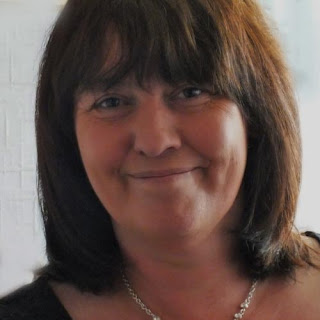 I discovered my love of writing at Primary School when a short piece on the rocks and the sea gained me the only merit point I ever got. I wrote the stories that burned inside and then stored them safely in a desk drawer.
After much urging from my partner I began to enter short story competitions in Writer’s News resulting in a win and three short listed entries.

I self-published two of my earlier works before concentrating on my true passion – Crime.

After many, many submissions I signed an 8 book deal with Bookouture as their first crime author.

I live in the Black Country with my partner, our bouncy Labrador and potty-mouthed parrot.  My books SILENT SCREAM, EVIL GAMES, LOST GIRLS AND PLAY DEAD are all available from Amazon, Kobo and iBooks.