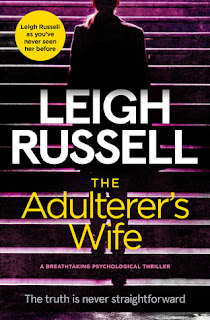 Julie is devastated to learn that her husband, Paul, is having an affair. It seems her life can’t get any worse - until she comes home to find his dead body in their bed.

When the police establish he was murdered, Julie is the obvious suspect.

To protect her son from the terrible situation, Julie sends the teenage boy to his grandparents in Edinburgh while she fights to prove her innocence.

With all the evidence pointing to her, the only way she can escape conviction is by discovering the true identity of her husband’s killer.

But who really did murder Paul?

The truth is never straightforward…

The Adulterer’s Wife started off with a real twist; you find your husband dead in bed. You didn’t do it but you slept next to him the night before and you only left the house for a short time to drive your son to school before returning. So who did it???

Frustratingly, the plot started unravelling soon after. I did not understand many of Julie’s actions, nor how she got away with them. It just seemed implausible.

I found Julie an unlikeable character. Perhaps she was purposely written that way so us readers would think that she was in fact the killer and was trying to place blame elsewhere? It didn’t work. She just came across as cold and mercenary with few redeeming qualities.

This was my first Leigh Russell book and I enjoyed her writing style, it’s just this book had a few too many plot holes to make it an engaging thriller. 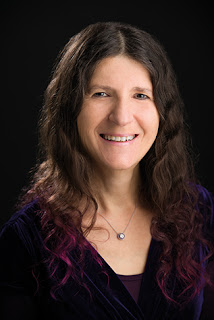 Published in English and in translation in Europe, her Geraldine Steel and Ian Peterson titles have appeared on many bestseller lists, including #1 on kindle. Leigh's work has been nominated for several major awards, including the CWA New Blood Dagger and CWA Dagger in the Library, and her Geraldine Steel and Ian Peterson series are in development for television with Avalon Television Ltd.

Journey to Death is the first title in her Lucy Hall series published by Thomas and Mercer.