‘Your husband didn’t kill himself.’
Five years rebuilding your life. Five words will destroy it again. 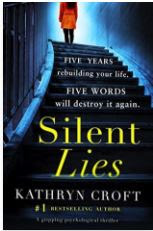 ‘Your husband didn’t kill himself.’
Five years rebuilding your life. Five words will destroy it again.

Mia Hamilton lived the perfect life with her husband, university teacher Zach, and their two-year-old daughter, Freya. But everything changed when Zach committed suicide on the same night one of his students, Josie Carpenter, vanished.

Five years later, and Josie is still missing but Mia has finally found some happiness with new boyfriend Will.

Until one day when stranger Alison walks into her life and tells Mia that her husband didn’t kill himself.

Desperate to find out what really happened to Zach, Mia is forced to put her trust in Alison. But she soon discovers that Alison has her own agenda behind exposing the details of Zach’s death. Can Mia really believe anything Alison says?

Mia must decide how far she is willing to go to uncover the truth – even if she risks losing everything she loves.

In this age of social media where everyone is clamouring for their 15 minutes of fame, you’ve got to feel very badly for Mia Hamilton whose husband Zach’s death was ruled a suicide but also that he was blamed for the disappearance of Josie Carpenter, one of his students. Mia is condemned by association and bears the brunt of anger of total strangers about what happened.

But what did happen? Mia has no idea and has spent five years trying to move on from this incident.

Alison, a stranger to Mia, but a flatmate of Josie’s while alive, reveals to Mia that Zach did not kill himself. It’s clear to Mia that Alison is troubled but she is also the only person who seems to have information about what really happened.

This story is told in alternating dual points of view. We are with Mia in the present and we follow her as she tries to solve the mystery. We also see the story from Josie’s view five years earlier, so we get to understand what was going on with Josie and Zach at the time leading up to Josie’s disappearance and Zach’s death.

I felt the book was crafted well and I did not find it confusing as we swapped time periods. In fact, this method of storytelling added to the mystery. As we neared the end of Josie’s and Mia’s stories, I was furiously reading, wanting to know how it all played out. The final revelation had my jaw dropping. Once again I’ll say that I am a poor armchair detective but I never saw that ending coming at all.

I found Silent Lies to be an enjoyable and entertaining read. 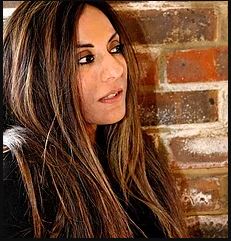 Kathryn is the bestselling author of five psychological thrillers and to date she has sold over one million copies of her books. Her third book, The Girl With No Past spent over four weeks at number one in the Amazon UK chart, and she has also appeared on the Wall Street Journal's bestsellers list.
​
With publishing deals in thirteen different countries, Kathryn writes full time and has just finished writing her sixth book, which is due for publication on 25th October 2017. She is now hard at work on book seven.
​
After twelve years living in London, she now lives in Guildford, Surrey, the place she grew up, with her husband, their little boy and two crazy cats.