Em Jay says: For me, the true love story in this book is between Landon and his son, Logan. 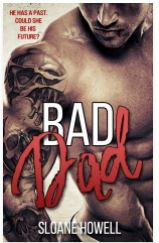 My son is my life. Nothing on earth matters but him.

Soon, I’ll have to send him out into society. The cruel machine that gnashes innocence and spits out the hollowed remains of a child’s imagination. It’s a place I know all too well, considering my past. I’ve worked hard to separate myself from it, but it looms in the back of my mind—waiting for the perfect moment to strike.

My son, Logan, wants to have birthday parties, make friends, play at the park—all the normal things that seven-year olds want to do. All the things I want to do with him.

I’ve put up walls around our life to shield us from danger. Giant barriers to ward off possible threats.

Cora Chapman crashes through them like a wrecking ball. She’s intelligent and hilarious with soft curves and a spark that ignites a flame deep inside of me.

There’s only one problem—she’s Logan’s teacher.

When my past wraps its tentacles around my throat and threatens to strangle the breath from my lungs, I’m given an option—fight for my family’s freedom, or die as they’re stripped away from me.

My name is Landon Lane and I am a warrior.

Days after reading this book and I still can’t accurately articulate my feelings about it. Overall I liked it. I think. Yes, I liked it. I like it more than I thought I would but I can’t pinpoint why.  I don’t even know how to describe the book. It’s a romance/science fiction/sports book?


To save myself going around in circles I’ve decided a review in checklist format is the way to proceed.

What I loved and what I liked:


What I am unsure about and what I did not like: 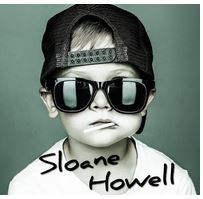 Sloane Howell lives in the Midwest United States and writes hot romance stories. A former college baseball player turned author, when not reading or writing he enjoys hanging out with his family, watching sports, playing with the dogs, traveling, and engaging his readers on social media. You can almost always catch him goofing off on Facebook or Twitter and trying to convince Mrs. Howell that it is "work".