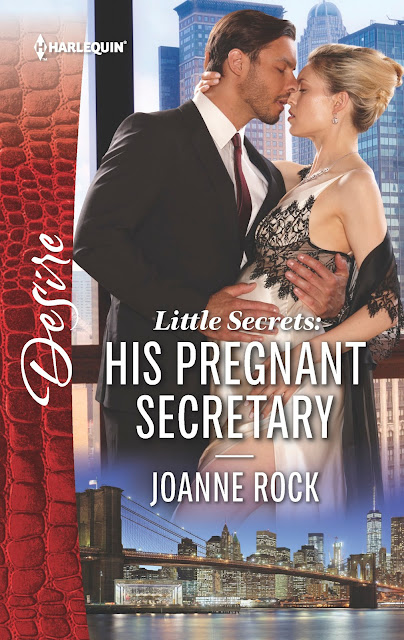 Becoming a father was never part of Jager McNeill’s plan, until the heat between him and his luscious assistant turned into searing passion. Now Delia Rickard is carrying his baby. After growing up without a father, Jager’s determined to be there for his child. And marriage would ensure that. But despite their chemistry, Delia’s unwilling to marry for anything less than love.

A trip with Jager to Manhattan could change all that. For in this enchanting city ablaze with Christmas lights, romance begins to blossom. And a kiss under the mistletoe just might turn into lasting love. 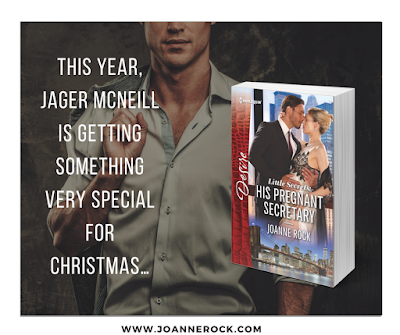 “Are you okay, Delia?” The voice in her ear was familiar; she’d heard it nearly every day for the past year, even if she hadn’t seen the man in person for weeks on end.
Her boss. Jager McNeill.
“Fine,” she spluttered, the word ending in a cough.
Of course, it was foolish to be embarrassed since she had dived in the water to save a child. And yet, it still felt terribly awkward to be caught with her dress up around her waist today of all days when she’d wanted to make the perfect professional impression.
Also, she’d scratched him.
Coughed all over him.
If she hadn’t had a crush on him once upon a time, maybe she wouldn’t be tingling from head to toe right now in spite of everything. But she feared if she tried to swim away from him to escape all the feelings, she just might drown. She was surprised to notice how far she’d drifted from the dock in her search. Behind them, she noticed the transport skiff that Cyril had sent out to meet Jager’s seaplane. Jager must have been arriving at the same time she’d jumped into the water.
“Hold onto my shoulders,” he told her, shifting their positions in the water so he faced her. “I’ll tow you to the dock.”
Nose to nose with him, Delia stared up into his steel-blue eyes. She thought she’d gotten used to his good looks in the past two years that they’d known each other. His dark hair and sharp, shadowed jaw made for enticing contrasts to those incredibly blue eyes. His hair had grown longer in the past months, as if barber visits were the last thing on his mind. But the way the damp strands curled along the strong column of his neck only added to the appeal.
This close, she had the benefit of sensing the wealth of muscle in his athletic body where he held her. Feeling the flush of heat course through her, she ducked deeper into the cold water to hide her reaction to him.
“I can make it.” Shaking her head, she scattered droplets from her wet hair. “I just needed to catch my breath.”
She attempted to paddle away, but Jager only gripped her tighter.
Oh. My.
Feeling the warmth of his chest through their clingy clothes roused an ache she should not be feeling for her boss. Adding to the problem, the strapless bra she’d been wearing had shifted lower on her rib cage where it did absolutely no good.
“Humor me,” he ordered her, his voice as controlled as his movements. “You’re exhausted and dry land is farther away than it looks.” He took one of her hands and placed it on his right shoulder. Then, turning away from her, he very deliberately set her other hand on his left shoulder.
He began to swim toward the dock with measured strokes, towing her along behind him. Water lapped over them in light waves. She felt every ripple of his muscles under her palms as the light waves swished over them. She debated fishing one hand down her dress to haul up her bra before they reached land, but decided the potential scolding from Jager if she let go of him wasn’t worth it. So she clung to him and gritted her teeth against the friction of her pebbled breasts rubbing against his back. By now he had to be as keenly aware of her as she was of him.
The only positive of this awkward reunion?
Any anxiety she had about talking business with him was utterly eclipsed by physical awareness. So when they reached land, she clamped onto the dock, evenly met his blue gaze and said, “I definitely deserve a raise.”

Little Secrets: His Pregnant Secretary ticks all the Harlequin Desire boxes. Set within a world of privilege, the story is fast and dramatic, yet no amount of money can substitute finding some to love and that person loving you in return.
Set during the holiday season, readers are taken from sun-filled Martinique to a picture-book Christmas at the Plaza Hotel in New York City – no expenses spared.After giving in to passionate temptation one night, Delia Rickard finds herself pregnant with her boss’s baby. She is cautiously excited about the child, but having been brought up by an undemonstrative and unloving father and no mother, she fears she might not know what’s best for her child.Jager McNeill comes from a large family but lies and secrets have destroyed these relationships. Though his grandfather is trying to make amends, Jager wants none of it. Delia, however, is tempted by the promise of large family; If not for herself, then at least for her child.While Delia and Jager skirt around their feelings for each other, the mysterious disappearance of Jager’s sister-in-law takes over part of the book. The storyline of Damon and his missing wife is interesting and I am very curious to know what their story is but I felt it overshadowed the romance between Delia and Jager. We most definitely get the happy ever after at the end of the book but my attention was elsewhere for parts of the book.A nice surprise in the book was being introduced to the French Christmas carol “Un Flambeau, Jeanette, Isabelle”. It’s such a lovely tune and there are some great versions to listen to on YouTube.
This book is a good addition to the Harlequin Desire library and will fulfil readers who want the fairy tale Christmas in New York City.

Four-time RITA nominee Joanne Rock has never met a romance sub-genre she didn't like. The author of over eighty books enjoys writing a wide range of stories, most recently focusing on sexy contemporaries and small town family sagas. An optimist by nature and perpetual seeker of silver linings, Joanne finds romance fits her life outlook perfectly--love is worth fighting for. A frequent speaker at regional and national writing conferences she enjoys giving back to the writing community that nurtured and inspired her early career. She has a Masters degree in Literature from the University of Louisville but credits her fiction writing skills to her intensive study with friend and fellow author Catherine Mann. When she's not writing, Joanne enjoys travel, especially to see her favorite sports teams play with her former sports editor husband and three athletic-minded sons.