Snowy days, steamy nights.
The Walshes are home for the holidays. 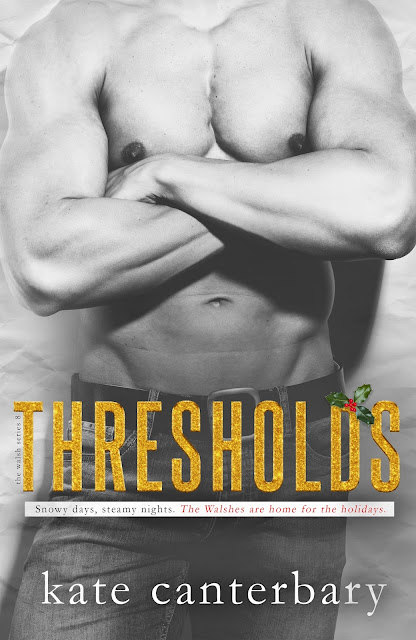 
'Twas the weekend before Christmas, when all through the North End
Not a Walsh had his life together, not even his friends;

The parties were planned by the foodies with care,
In hopes that Wes and Erin would soon find their way there;

The men were stressing over last minute shopping lists and plans,
While the ladies were busy with work and nesting and finding the right paella pans;

When out in the dining room there arose such a clatter,
The Halsted dogs sprang from their beds to see what was the matter;

They whistled and shouted and called each other names,
While the secrets and announcements and surprises quickly came;

So onto another adventure they flew
With the sleigh full of Walshes, and the Commodore too—

As they continued arguing and clamoring around,
Down the road an unexpected visitor came with a bound;

But it wasn't long until couples were all nestled snug in their beds,
With new memories of steamy holiday nights dancing in their heads. 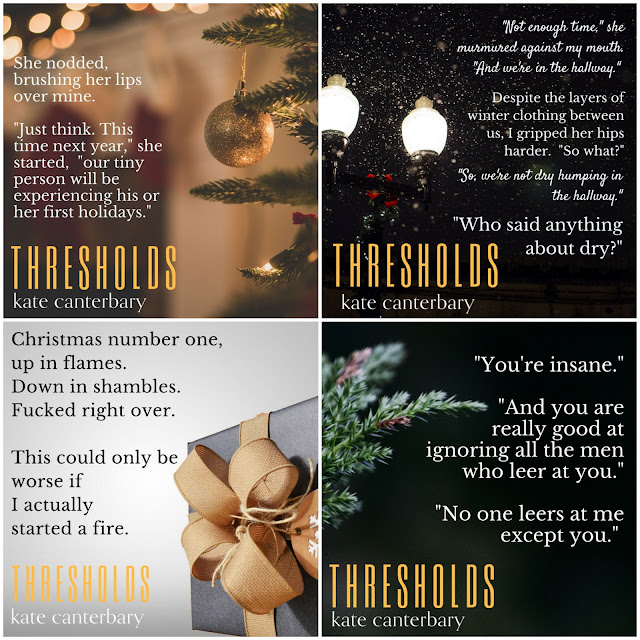 A confession:  I thought long and hard before reading this book. You see, Thresholds is book 8 in The Walshes series and features all the couples from previous books plus a few supporting characters. And I haven’t read the other books. Yes, that’s correct. I have not read books 1 through 7.

I know, I know. It’s lunacy to think you can pick up a book like this knowingly ignorant of the ones that came before, but I was feeling adventurous. And to my way of thinking it’s not like there were going to be major, major spoilers. They’re romance books. There’s a happy ever after or at least a happy for now and I was only missing the details of the journey to this point.  This book could give me the juicy stuff that happens afterwards.

And oh, what a book it was! When the writing makes my stomach do flip-flops of delight, I am in heaven. And this book delivers it in spades.  It’s all there; Sassy and smart heroines, broody and protective men, banter, wit, shenanigans, love, steamy times and funny times.

Each chapter is told from the point of view of one character, typically the male. I enjoy male POVs in romance books because they aren’t common. Here, the reader can see how each of them feels about the women in their lives and it's spoonful after spoonful of romantic deliciousness.

I hope this book comes out on audio. No spoilers, but the scene where everyone is talking at once during the “big event” is hilarious. I can’t wait to hear what a recorded version of this sounds like.

The couples that interested me the most were Nick and Erin (“Talk history to me baby”), Riley and his “salty girl” Alex, and, Patrick and Andy ("She held her hand out to me, and I took it. I’d always take it.")

Oh, and special mention goes out to Sebastian Stremmel. That man is all sorts of right and wrong. And I want him as a book boyfriend. So Kate, if you ever read this review, get cracking on his happy ever after, please. He definitely needs a good woman to save him from himself and his penchant for college cheerleading championships.

In conclusion, yes, it’s a great read. The writing is engaging and the characters make you want to move to Boston and find these people for real. But kids, do as I say and not as I do. I am going to recommend you read the earlier books. I think the pleasure would have been much sweeter (if that’s even possible) if I read them in order.


Also Available in The Walsh Series 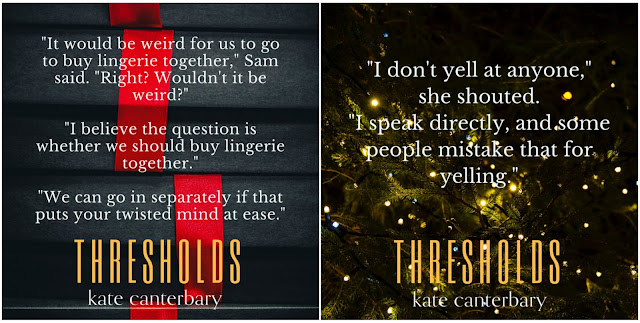 
Kate Canterbary doesn’t have it all figured out, but this is what she knows for sure: spicy-ass salsa and tequila solve most problems, living on the ocean–Pacific or Atlantic–is the closest place to perfection, and writing smart, smutty stories is a better than any amount of chocolate. She started out reporting for an indie arts and entertainment newspaper back when people still read newspapers, and she has been writing and surreptitiously interviewing people—be careful sitting down next to her on an airplane—ever since.


Kate lives on the water in New England with Mr. Canterbary and the Little Baby Canterbary, and when she isn’t writing sexy architects, she’s scheduling her days around the region’s best food trucks.