There was a lot I did to get to this point, to get 42 million followers. Some of it I was proud of, most of it I wasn't.

There was a group of us, all internet celebrities, and everyone wanted in, which is how six of us ended up living in this mansion, a camera always on, the public always watching. Two months and nine carefully scripted TV episodes that would get us more of the three F’s we were desperately chasing.

The blurb for THE F LIST by Alessandra Torre sounded great: A villainous heroine brought to heel by love. A ‘good guy’ hero getting entangled with a woman whose determined path cared nothing for the destruction left behind.

This was not the case. There was a disconnect between my expectations from reading the blurb and what this book offers. I was left feeling unfulfilled.

My biggest frustration is that so often Torre touches on the topics and issues that I felt would be explored in greater depth, but her light handling of the plots often diluted them to the point of vapidness. I did not find Emma to be outrageous or villainous; any current Z-list ‘celebrity’ could wipe the floor with her. I felt Cash was aimless and directionless. I don’t think we were given an opportunity to really understand either Emma or Cash. And the ending was just bizarre.

I also found the romance to be flimsy. The seeds of a great romance and a great love were there but instead of nurturing this relationship, Torre just left it unattended – or interrupted it with a pointless reality show scene - and then expected us to believe in a happy ever after.

One character I did love was Vidal Franklin. He was cunning and brutal and a master of playing the Hollywood game. I’ll also give props to the disillusioned Bojan Frost. Both Franklin and Frost came across as much more genuine than Emma or Cash did for me.

Setting aside my opinion of the plot, I felt Torre’s writing style was easy to read and I would consider reading more of her books.

Review copy courtesy of the publisher and Netgalley 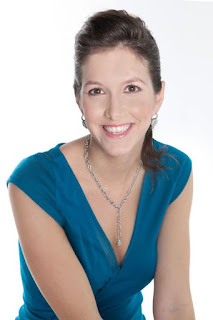 Her first book, Blindfolded Innocence, was a breakout hit, rising to the top of the ebook
charts on Amazon where it attracted the interest of major publishing houses and garnered Torre her first print deal with Harlequin HQN. Less than twelve months later, Torre signed a second six-figure print deal, this time with Redhook (Hachette) for the Deanna Madden series, an erotic suspense trilogy.
Torre has been featured in such publications as Elle and Elle UK, as well as guest-blogged for the Huffington Post and RT Book Reviews. She is also the Bedroom Blogger for cosmopolitan.com. In 2017, her New York Times bestseller HOLLYWOOD DIRT, was released as a full-length film by PassionFlix. Torre’s novels have been translated in seventeen languages and are distributed in over thirty countries.

Torre is the creator of Alessandra Torre Ink - an authors community and online school
with over 10,000 members. She is also the founder of INKERS CON, an annual authors conference. A self-publishing advocate, Alessandra speaks frequently to universities, conventions and author groups.

From her home in Key West, Florida, she devotes several hours each day to various writing projects and interacting with her fans on Facebook, Twitter and Pinterest. When not battling her husband at Scrabble, she chases her pet chickens, three dogs, and shoos away iguanas.