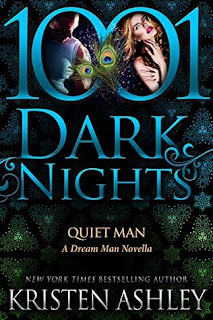 Charlotte “Lottie” McAlister is in the zone. She’s ready to take on the next chapter of her life, and since she doesn’t have a man, she’ll do what she’s done all along. She’ll take care of business on her own. Even if that business means starting a family.

The problem is, Lottie has a stalker. The really bad kind. The kind that means she needs a bodyguard.

Mo doesn’t say much, and Lottie’s used to getting attention. And she wants Mo’s attention. Badly.

But Mo has a strict rule. If he’s guarding your body, that’s all he’s doing with it.

However, the longer Mo has to keep Lottie safe, the faster he falls for the beautiful blonde who has it so together, she might even be able to tackle the demons he’s got in his head that just won’t die.

But in the end, Lottie and Mo don’t only have to find some way to keep hands off until the threat is over, they have to negotiate the overprotective Hot Bunch, Lottie’s crazy stepdad, Tex, Mo’s crew of frat-boy commandos, not to mention his nutty sisters.

All before Lottie finally gets her Dream Man.

And Mo can lay claim to his Dream Girl.

Having read many (50+) Kristen Ashley books, there’s clearly something about her writing that appeals to me. Having said that, I’ve been disappointed by more recent releases, so when I picked up QUIET MAN, I wasn’t entirely able to slough off my preconceived impressions.

Did I like the book? My first instinct is to say yes. It’s certainly a lot better than I expected. However, exceeding low expectations is hardly the hallmark of a great read, is it?

Charlotte “Lottie” McAlister’s life is in danger. Someone is threatening her, so Smithie, the owner of the strip club Lottie works in decides to get help to protect her. Enter Kim ‘Mo’ Morrison. He’s been assigned to guard Lottie 24/7. Wherever she goes, he goes.

I liked Lottie. She knows what she wants and she takes steps to get it. She was attracted to Mo from the start and was not coy about letting him know. Lottie never exhibited any too-stupid-to-live moments; she believed her life was in danger, and did what she was told in order to keep safe as possible.

I liked Mo. He is the ‘quiet man’ in this story. With four older sisters, an intimidating body type and a career in the military, I believe he learned early about the benefits of keeping quiet.

I liked Mo and Lottie together. I liked that Lottie called Mo her “mound of hunkalicious boyfriend”. The time they did spend together was comfortable; they were opening up to one another, they enjoyed each other. And the physical attraction between them was hot.

So what didn’t work for me? For starters, Ashley’s writing style here. Ashley relies heavily on one word sentences or sentences with so many words that I often needed to reread to understand them. She’s employed this style before but I have read other books where her writing was much smoother and polished. I prefer the latter.

Like other books, a disproportionate amount of time is spent on the irrelevant. Why give people a running commentary on a house’s entire decor and not allow readers to spend more time with the characters? I would have loved to have more Lottie and Mo time. I would have loved to spend more time with Lottie’s and Mo’s families. Instead we learn about curtains and cushions.

Speaking of irrelevance, the mention of just about every Denver-based character in Ashley’s books was unnecessary. The majority of these characters played no role in this story, so why introduce them? If I was a new reader I would have felt totally overwhelmed. As a fan, I would have felt cheated.

Another thing I’ve noticed in Ashley’s more recent releases are the scenes designed to educate us on standards of behaviour. Both Lottie and Mo have interactions with secondary characters that did fit the story but my issue with them is that Ashley doesn’t know when to stop. We get it. There’s no need to continue bashing the point over the readers’ heads.

Finally, and this is a minor point, I was not really a fan of this book as the set up for the new Dream series. Quiet Man names all the couples and we’ve also learned more about the hero of the first book in the series than I felt was necessary. All the mystery and speculation is gone.

In conclusion, Quiet Man was more than an okay read but I can’t say that I universally liked it. What it has done is made me interested enough to want to read Dream Maker, the first book in the upcoming Dream series. Well played, Kristen Ashley, well played. 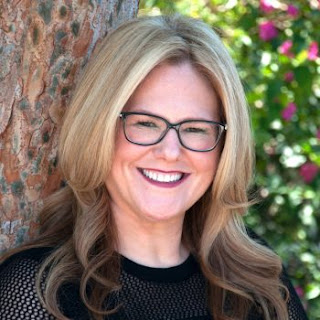 Kristen Ashley is the New York Times bestselling author of over sixty romance. She’s a hybrid author, publishing titles both independently and traditionally, her books have been translated in fourteen languages and she’s sold over three million books.

Kristen, born in Gary and raised in Brownsburg, Indiana, was a fourth-generation graduate of Purdue University. Since, she has lived in Denver, the West Country of England, and now she resides in Phoenix. She worked as a charity executive for eighteen years prior to beginning her independent publishing career. She currently writes full-time.