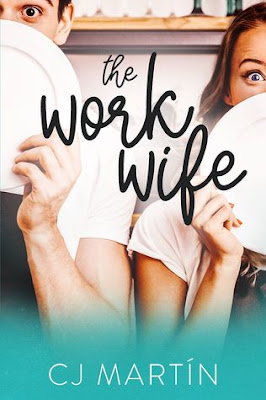 We’ve all been there before: wanting something—or someone—we can’t have. Whether it’s a decadent slice of chocolate cake that will blow a diet, the too expensive yet oh-so-cute shoes that cost more than an entire paycheck, or the drool-worthy barista who whips up this morning’s macchiato…the point is, we can relate.

Meet Charli. A slightly awkward, forever single twenty-eight-year-old woman who definitely wants what she can’t have.
Enter Oliver. A thirty-eight-year-old executive chef who can’t stop thinking about his quirky co-worker, even though he’s engaged. Life is about choices, and saying “yes” to one person means saying “no” to another. But what if Charli and Oliver have been saying yes to the wrong people?

They say if you can’t take the heat, get out of the kitchen. Charli and Oliver just may set the kitchen on fire.

The Work Wife is a standalone romantic comedy. Equal parts cocky and self-assured, a pinch of awkward sprinkled with a dash of sass, topped with a whole lot of sizzlin’ heat, you'll love this laugh-out-loud romance by best-selling author CJ Martín.

I thoroughly enjoyed THE WORK WIFE by C.J. Martín. The story was highly engaging and I finished it in one sitting.

Charli and Oliver are a fabulous couple. It’s been a long time since I’ve read about a couple whose attraction is this intense, this devoted and this loving: they truly are a perfect match.  The magnetism between them is incredible; they are sizzling hot when they come together. Among all this they are so down to earth; Charli and Oliver are relatable, sincere and genuine.

Let’s not forget that Oliver is engaged, people! I know this might be a turn off for readers but I didn’t find it so at all. I think the author did a first-rate job in showing the turmoil of two people who are struggling to fight the attraction between them. They are imperfect as any person is yet Oliver and Charli had definite ideas of where the line never to be crossed was and when they found themselves wavering, they were adult in their response.

The writing flowed effortlessly for the most part but there were several times I was jolted out of the story due to errors. The book needs another round of proofreading.

This was the first C.J. Martín I’ve read and I’ll definitely be looking out for other works by the author. 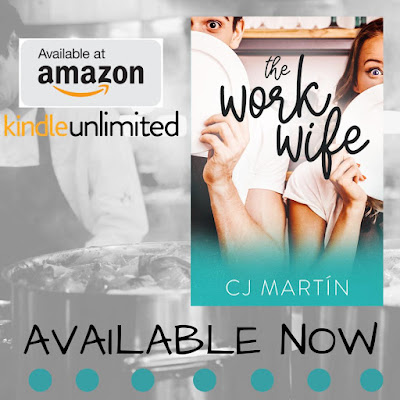 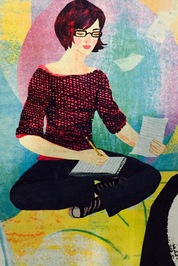 CJ Martín spends the majority of her days daydreaming, procrastinating, and longing for the day when she can quit her day job and write full time.

She loves all things romance and is a sucker for a happily-ever-after. She also loves traveling, yoga, avocados, and music. She has about a million and one playlists on Spotify that are as random as her personality.

She lives in Pennsylvania with her sweet husband (Literally! He owns an ice cream shoppe!) and twelve year-old Jug dog, Albert, who is more spoiled than most humans.

One day she will move to Paris and eat all of the wine and cheese, but until then...she dreams.