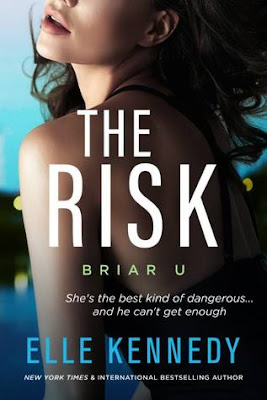 Everyone says I’m a bad girl. They’re only partly right—I don’t let fear rule me, and I certainly don’t care what people think. But I draw the line at sleeping with the enemy. As the daughter of Briar’s head hockey coach, I’d be vilified if I hooked up with a player from a rival team.

And that’s who Jake Connelly is. Harvard’s star forward is arrogant, annoying, and too attractive for his own good. But fate is cruel—I require his help to secure a much-coveted internship, and the sexy jerk isn’t making it easy for me.

I need Connelly to be my fake boyfriend.

For every fake date…he wants a real one.

Which means this bad girl is in big trouble. Nothing good can come from sneaking around with Jake Connelly. My father would kill me, my friends will revolt, and my post-college career is on the line. But while it’s getting harder and harder to resist Jake’s oozing sex appeal and cocky grin, I refuse to fall for him.

That’s the one risk I’m not willing to take. 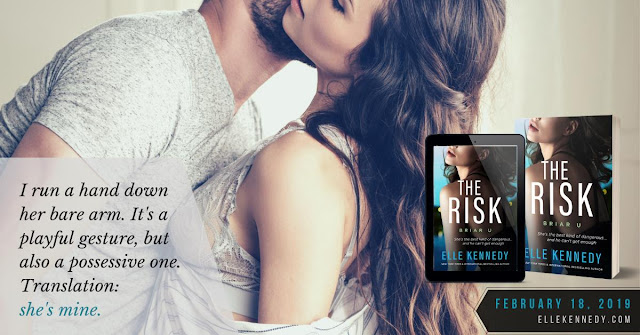 I am more than old enough to be a parent to these characters but it says something positive that Elle Kennedy is able to write a book that I still find relatable, even though my own early adult years are but a distant memory.

In THE RISK we meet Brenna Jensen and Jake Connelly. I liked them both. They are both strong, they have clear goals and do not play the foolish games that often arise when romantic emotions enter the equation. I thoroughly enjoyed their conversations and banter and their attraction to one another was making the pages steam up nicely. Both Brenna and Jake exude a confidence that only the young seem to be able to do, but there are chinks in the armour that we get to explore as the book proceeds; little by little, we learn more about them and get to understand what in their lives has shaped them.

A shout-out to Brooks Weston (Jake’s roommate) and his bubble butt for providing some laugh-out-loud moments, but even with this, I did feel there was a lack camaraderie with secondary characters in comparison to other books set at Briar University.

I was also a tad frustrated that the final hurdle for our couple was resolved in such a speedy manner. It didn’t seem to match the pace of the first 80%-ish of the book and I finished thinking ‘Is that all we get?’

THE RISK is a solid addition to the Briar U series, and I can’t wait to see which couple we get to meet next. 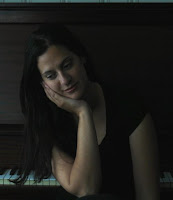 A New York Times, USA Today and Wall Street Journal bestselling author, Elle Kennedy grew up in the suburbs of Toronto, Ontario, and holds a B.A. in English from York University. From an early age, she knew she wanted to be a writer, and actively began pursuing that dream when she was a teenager. 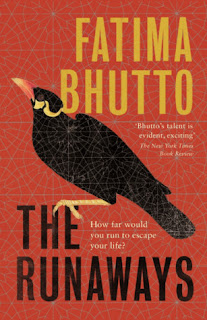