**Unbreakable has been edited and re-released with extended content and a new cover.

Alex Gardener has her life planned out, down to the smallest detail. She has a skyrocketing career as a litigation attorney, a close group of socialite friends, and is engaged to one of the most successful businessmen in Beverly Hills. Everything is just as she wants it: comfortable, predictable, secure…if lacking passion. Fire.

Alex and Cory spend three harrowing days as hostages locked in a bank with fifty frightened people and six criminals who grow more desperate--and dangerous--by the hour. Alex and Cory find comfort and safety with each other and reveal their deepest hopes and fears and secrets, unknowingly building a bond forged out of desperation and fear, one that they can’t break, even once outside the bank’s walls.

Their lives are turned upside down, irrevocably altered, and they seek to move on and put the robbery--and each other--behind them.

But some bonds, once forged, cannot be broken. 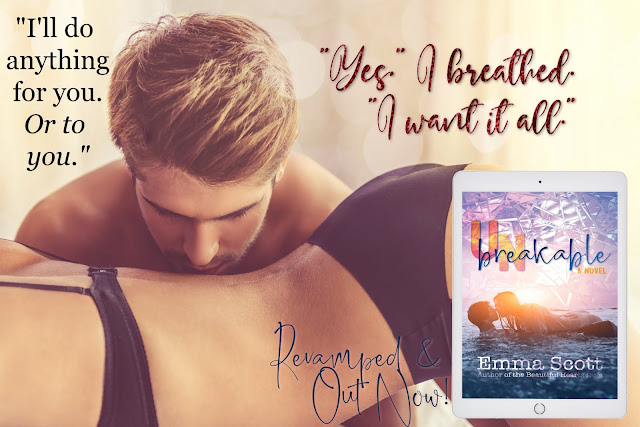 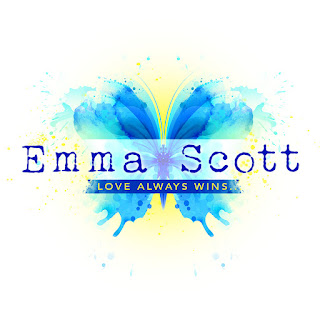 Author Bio:
Emma Scott is a bestselling author of emotional, character-driven romances in which art and love intertwine to heal, and in which love always wins. If you enjoy thoughtful, realistic stories with diverse characters and kind-hearted heroes, you will enjoy her novels.