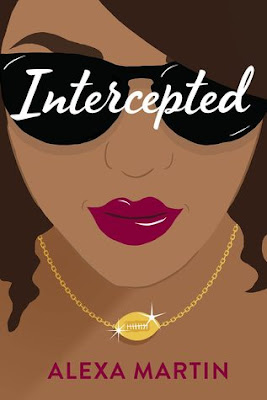 Marlee thought she scored the man of her dreams only to be scorched by a bad breakup. But there's a new player on the horizon, and he's in a league of his own...

Marlee Harper is the perfect girlfriend. She's definitely had enough practice by dating her NFL-star boyfriend for the last ten years. But when she discovers he has been tackling other women on the sly, she vows to never date an athlete again. There's just one problem: Gavin Pope, the new hotshot quarterback and a fling from the past, has Marlee in his sights.

Gavin fights to show Marlee he's nothing like her ex. Unfortunately, not everyone is ready to let her escape her past. The team's wives, who never led the welcome wagon, are not happy with Marlee's return. They have only one thing on their minds: taking her down. But when the gossip makes Marlee public enemy number one, she worries about more than just her reputation.

Between their own fumbles and the wicked wives, it will take a Hail Mary for Marlee and Gavin's relationship to survive the season.

INTERCEPTED has been recommended on various blogs and book lists I have read, and perhaps it’s the hype that had me expecting more. I found the book enjoyable in parts but overall it did not wow me.

The book is fast paced and a light read. The writing is reasonable and I enjoyed it enough that I would give future work by this debut author a go.

For a book touted as a romance, I felt too little time was dedicated to Marlee and Gavin’s relationship. After she dumps her cheating boyfriend, she’s in a relationship with Gavin quick smart. From here, much of the focus is on Marlee, her work and the challenges she faces as a girlfriend - not wife - of an NFL player. There are so many over the top occurrences, characters and reactions, it felt farcical. And those life summaries via hashtags? Please, stop!

The time Marlee does spend with Gavin gives us no reasons why these two remain together. As a couple, they never explore their feelings, or what they want, or how they see the future. Instead off they go on their merry way, making assumptions about these issues and just expect the other person to fall in with their plans.

It’s not until the final 10% that an incident has them both question what a joint life together might look like. I enjoyed this part the most because it’s here that we finally get to see some depth to Marlee and Gavin. It just came too late in the book to save it. 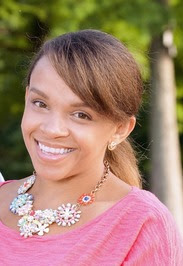 Alexa Martin is a writer and stay at home mom. She lives in Colorado with her husband, a former NFL player who now coaches at the high school where they met, their four children, and a German Shepherd. When she's not telling her kids to put their shoes on...again, you can find her catching up with her latest book boyfriend or on Pinterest pinning meals she'll probably never make. Her first book, Intercepted, was inspired by the eight years she spent as an NFL wife.