New Release Book Review (& Excerpt): FOR TODAY by B. Cranford

First comes love. Then comes marriage.
And after that? It doesn't matter.
As long as they're together. 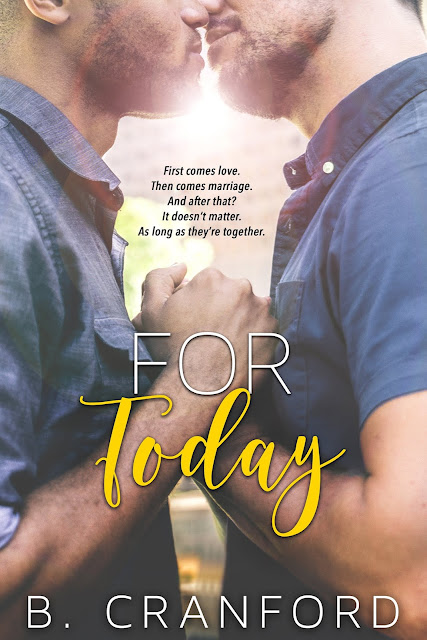 Six Weeks Ago. The late-night phone call that changed their lives forever was short. Four little words was all it took to set them on a different path—one that included new toys (not that kind), a dose of homophobia (been there), and an appreciation for spandex (though they always appreciated it . . .)

Today. That’s what Aaron and Simon are focused on as they try to plan the best birthday in the history of ever, all for the little boy who has quickly become their world. Even if that means dealing with too-tight costumes, a cape that won’t behave, a meddlesome family . . . 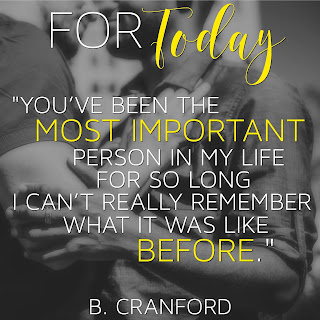 I did so much sighing while reading this book because these two are just too adorable for words. I want to sit across from them and just gush and bask in their togetherness.

FOR TODAY spans eighteen years in the life of Aaron Andrews and Simon Foster. There’s a strong connection from the start and I appreciated that they rarely lose confidence in each other. Their bond is strong and just gets stronger over time.

The themes of acceptance and the meaning of family are explored in a meaningful manner in this book. Aaron may come from a nuclear family but his parents refuse to accept his sexuality. Conversely, Simon has few family members but the support he gets from them is never in question.

I loved the scenes between Andrew and his siblings (Ashton and Aussie) because their love and support for each other remains true and strong. The siblings, along with their partners (the main characters from the other series books) offer comic relief throughout the book but the part that made me laugh out the loudest was Aaron stepping on a Lego piece. I truly felt his pain but it didn’t stop me from laughing.

We do get to see a lot of Aaron and Simon in previous books but I did not feel this book was repetitive. It shone a different light on this loving and seriously hot relationship. 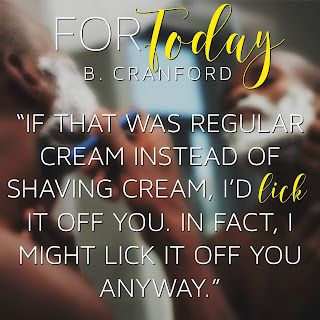 “Are you okay?” Simon asked, reaching over the table and resting a hand on Aaron’s. The contact was literally electric, a shock jolting the visual clear, and Aaron nodded fervently.

“Was it because I said I was glad you were nervous? I only said that because I am too, and didn’t want to be all nervy alone.”

“No, no, I got that. No problem.” He shrugged, feeling like his arms were no longer under his control. “I was thinking about your smile,” he offered his date, wanting to give the man the truth but maybe not the whole truth.

Which was surprising, considering that he was usually all about the overshare.

“In a good way, right? Not in a creepy way?” Simon asked with mock fear on his face, and joined Aaron when he began laughing.

“What, like the Joker?” Aaron asked, thinking of the gruesome, stretched smile of Batman’s foe. “Why so serious, Simon?”

“Well, this night took a turn.”

“Yeah, that’s probably something you should know about me,” Aaron admitted, grimacing a little.

“You might have noticed that, ahh, I have a tendency to, umm, you know, sort of, redirect conversations.”

“Sex-adjacent?” Simon tilted his head with the question, clearly trying to figure out what he was talking about.

“Yeah, like sex jokes. Sex positions. Sex stories.” He tapped the front of his forehead. “I have a dirty mind.”

“I hope you’re not afraid to use it,” Simon countered, making it clear that the idea of Aaron’s dirty mind was not a problem in the slightest.

“I’m usually not. With you, though . . .” He trailed off again, taking a deep breath and committing to what his mind was trying to get his mouth to admit. “With you, I find myself wanting to say different things, in the hopes I won’t scare you off.”

“It takes more than a dirty mind to scare me off someone I like.”

“Any kind of lair is probably questionable. I mean, no one ever has a good lair; it’s always an evil one. People who hate puppies and like bell peppers are also on the no list.”

“Well, if you’re willing to train yourself away from the vegetable that shall not be named—”

“The Voldemort of the vegetable drawer?” Aaron interrupted.

“Yes, exactly. So, if you’re going to commit to hating them, we might be okay.”

Aaron wiped pretend sweat away from his forehead and laughed. “Crisis averted.” 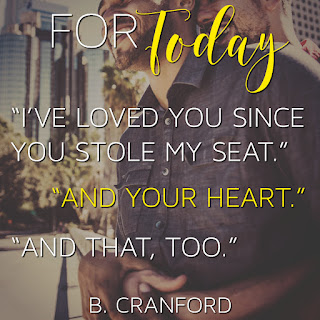 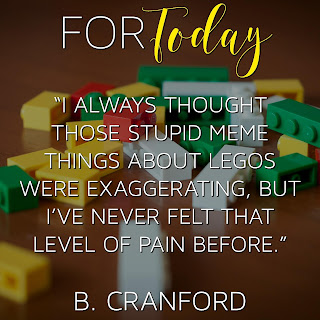 Also Available in The Avenue series 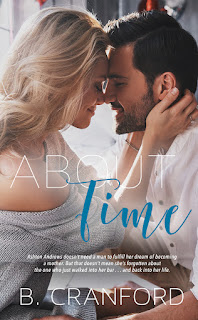 
"Such an amazing, beautiful story that captivated us from the very first page. B. Cranford delivered wit, pull-at-your-heart-strings emotions, hot and steamy moments and all the swoony feels. We absolutely adored Ashton and Duncan's story!"—New York Times Selling Author, Max Monroe 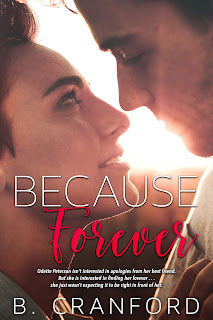 
"I cannot recommend this book enough! Beth does friends-to-lovers in a story filled with so much humor, warmth, reality, and gorgeous true-to-life relationships. Two best friends, a passionate love, an electric, snarky chemistry, and a family that loves and supports each other. Just.....FEELINGS."—Kathryn Nolan, Author of Strictly Professional 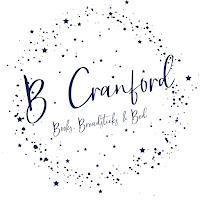 * Please note that B. Cranford is the owner/operator of Panda & Boodle *