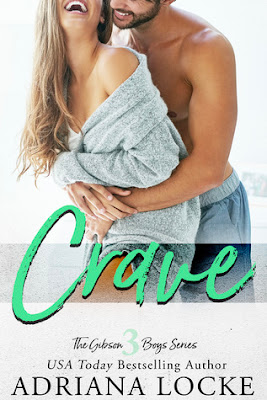 Hadley Jacobs is over Machlan Gibson.

Sure, she’ll always be a little weak to the dimple in his right cheek and the way his five o’clock shadow makes him ruggedly handsome. But that’s not enough to cover every other thing about him because they all drive her nuts. Like how he’s won’t admit he’s wrong even when he knows it and how he drives his stupid car a million miles an hour on wet asphalt. As she rolls back into town and takes a seat at Crave, she won’t take the bait. She’s over him. Mostly.

Machlan isn’t over her.

It’s not because he hasn’t tried. He reminds himself over and over that she’s not the girl for him. After all, she drives him insane with her sassy attitude and the way she calls him out on everything. She beats him at poker, even though she doesn’t know the difference between a straight and a flush, and when she looks at him with her bright, blue eyes, it’s unnerving. When she climbs onto that bar stool and orders a drink, he puts it in front of her and ignores the sparkle in her eyes.  He’s not over her, but she won’t know that.

But she does know that. And he knows she’s not as over him as she’s pretending to be. When life forces their hand this time, there’s more on the line than a pile of poker chips. It’s their forever.

Crave is a standalone romance in a new small town, blue-collar series from USA Today bestselling author Adriana Locke. Join readers everywhere as they fall in love with the delicious Gibson Boys.

Well, alack and alas, but I am not a fan of CRAVE. Locke’s writing is good and the story flows but the plot mechanism used is one that I find quite frustrating.

From the start, it’s clear that Machlan and Hadley have feelings for one another. They have a history which is not revealed until the latter half of the book. This I could accept. What is exasperating is that Machlan spends the vast majority of the book pushing Hadley away because he feels unworthy of her. At the same time, he acts like a beast every time another man approaches her and marks “his” territory. Even worse, Hadley is incapable of letting go of her feelings and is forever returning for another round of rejection. It’s disheartening and there is a part of me that thinks both of them would have been better off permanently cutting ties years ago.

I did enjoy catching up with the secondary characters, including Peck who will be the hero in the next The Gibson Boys book. 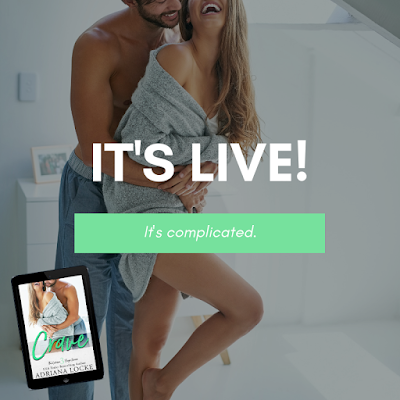 
USA Today Bestselling author Adriana Locke lives and breathes books. After years of slightly obsessive relationships with the flawed bad boys created by other authors, Adriana has created her own.

She resides in the Midwest with her husband, sons, and two dogs. She spends a large amount of time playing with her kids, drinking coffee, and cooking. You can find her outside if the weather's nice and there's always a piece of candy in her pocket.

For sneak peeks, giveaways, and more, please join Adriana's Facebook Group, Books by Adriana Locke, or her Goodreads group, All Locked Up.