comes the next standalone novel in her Sharpe & Donovan Series,
IMPOSTOR’S LURE!

Master of suspense Carla Neggers delivers an exhilarating page-turner where the disappearance of a federal prosecutor launches the latest high-stakes case for FBI agents Emma Sharpe and Colin Donovan. 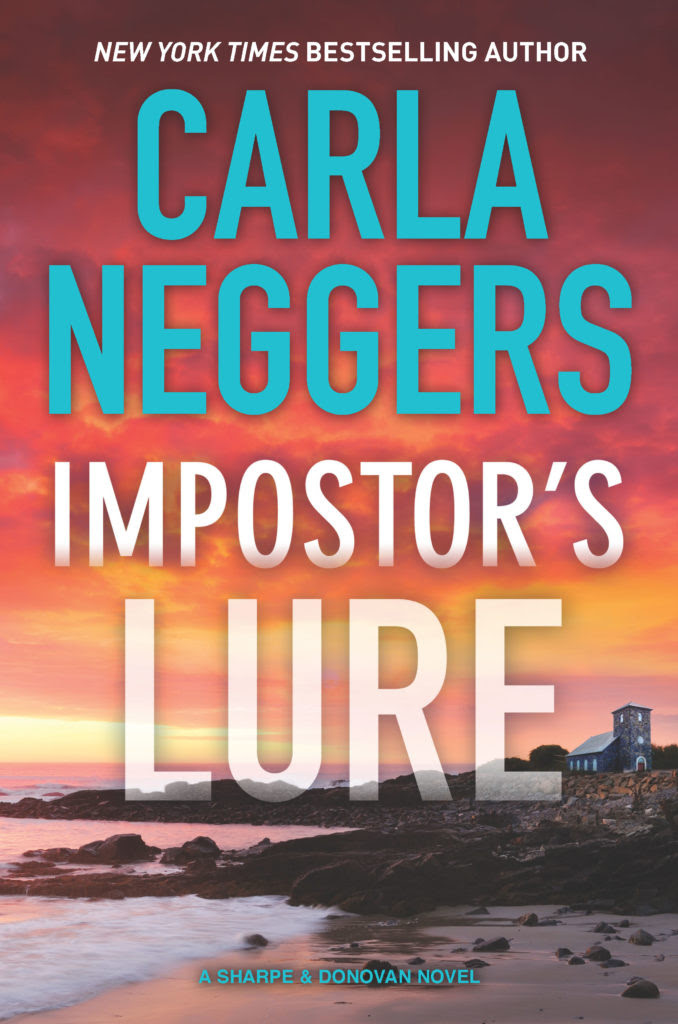 Newlyweds Emma and Colin are suspicious when prosecutor Tamara McDermott is a no-show at a Boston dinner party. Matt Yankowski, head of HIT, Emma and Colin’s small, elite Boston-based team, is a friend of Tamara’s, and he needs them to find her.

In London, a woman who was supposed to meet Emma’s art-detective grandfather to talk about forgeries is discovered near death. Her husband, who stayed behind in Boston, has vanished. The couple’s connection to Tamara adds to the puzzle.

As the search for Tamara intensifies, a seemingly unrelated murder leads Emma, Colin and HIT deep into a maze of misdirection created by a clever, lethal criminal who stays one step ahead of them.

As Emma draws on her expertise in art crimes and Colin on his experience as a deep-cover agent, the investigation takes a devastating turn that tests the strengths of their families and friendships as well as their FBI colleagues as never before.

Impostor’s Lure is full of clever twists that will keep readers guessing right to the stunning conclusion!

I’ve heard of Carla Neggers but I don’t recall every having read any of her books, which is why I took the opportunity to review this title. Regrettably, this book is not for me.

Touted as a standalone, I can accept the book does tick this box, however it does so by referencing so many – too many - previous characters and their backstories that I found it overwhelming. In fact, I started reading this book several times before pushing beyond the 5% mark because of the tidal wave of characters and locations we are subjected to.

The pacing of the book is quite slow, and while this does not bother me, it is an issue when you reach near the 60% mark and precious little has happened. Where is the action? Where is the mystery? Why are these supposedly experienced law enforcement officers focusing on the mundane and seemingly irrelevant? And it’s at around this point in the book that I gave up. Reading felt like a chore to even reach this point and whatever desire I had to finish the book for the sake of it petered out completely.
About the only think that held my interest was the author’s ability to provide us with interesting descriptions of locales through the eyes of the characters.

I am but one reviewer, and while this book may not have worked for me, please visit the other blogs on this tour (see the list below) to read what others thought.

Her voice had taken on an edge that belied her laugh and smile. “What brings you here, Ms. McDermott? How can I help you?”
“Tamara. Please. My daughter—Adalyn—started a new job with an art conservationist in Cambridge. Jolie Romero. I understand you know her.”
“I’m familiar with her name,” Emma said. “I don’t know her personally.”
“Have you had anything to do with her since you joined the FBI, or did you deal with her when you were a nun?”
“I’ve never dealt with Jolie Romero. What’s this about?”
Tamara waved a hand. “Sorry. I don’t mean to interrogate you. Adalyn moved into the apartment above Jolie’s studio. I got the grand tour this morning. It’s in Porter Square. It’s nice. I suppose I’m being an overprotective mother. That’s what Adalyn would say. You remember being twenty-one. Or were you in the convent then?”
Emma didn’t take offense at the blunt question. “I was a novice with the Sisters of the Joyful Heart in southern Maine for a short time, but I never made my final vows.”
“So you were never a real nun?”
Fishing for something. Definitely. “Not in the way you mean.”
“The convent specializes in art conservation, doesn’t it?”
“As well as art education,” Emma said.
“Now you’re an art crimes expert on Matt Yankowski’s elite team here in Boston. Quite a change. Why didn’t you stay with your family’s art recovery business?”
“Yank recruited me out of the convent. That’s the short answer. Ms.—Tamara, would you like to go inside? I have iced tea, water—”
“No, no, I won’t keep you. Forgive me. I swear I’ve lost the ability to have a normal conversation. Adalyn is just back from three months in London, and all of a sudden she’s in­terested in art crimes. She’d love to meet you. We’re having dinner at Stephanie’s on Newbury Street. Why don’t you and Colin join us? Yank will be there. We’re old friends.”
“Thank you, I’d love to join you. I don’t know what Colin’s plans are with his brothers. I can let you know.”
“No need. Just come.” Tamara touched the thick rope that secured the Julianne—Donovan style—to a post. “I made a reservation for six o’clock, but I’m meeting Adalyn at the bar around five thirty. She wants Irish whiskey for one of her first legal drinks. Yank says he knows what to recommend thanks to Colin.”
“I imagine she’ll have her own ideas, too.”
“Ha, she always does. We’ll see you tonight, then.”
“I look forward to it,” Emma said.
Tamara relaxed visibly. “A belated congratulations on your wedding. Colin’s a keeper.”
Emma smiled. “I think so, too.”
“I’ll bet you do.”
Tamara headed toward the street, her ankles swollen, no doubt from the heat and humidity, as she crossed the brick-paved wharf, passing more boats and empty slips. She took a water bottle from her tote bag, and when she reached the street, turned left, picking up her pace and quickly disappear­ing from view.
Emma returned to her apartment and pulled on her gloves. She and Colin did certain tasks together and took turns on the rest, but she was quite content not being at Fenway Park on a hot Sunday afternoon. She’d finally convinced him she was sincere when she said cleaning had a meditative effect on her, a product of her years in the convent. To him, cleaning was work. Get in, get it done, then have a beer.
He was a keeper.
She glanced out the window as new onlookers stopped to admire the Julianne.
Whatever else tonight’s dinner was about, it wasn’t just to celebrate Adalyn McDermott’s twenty-first birthday. 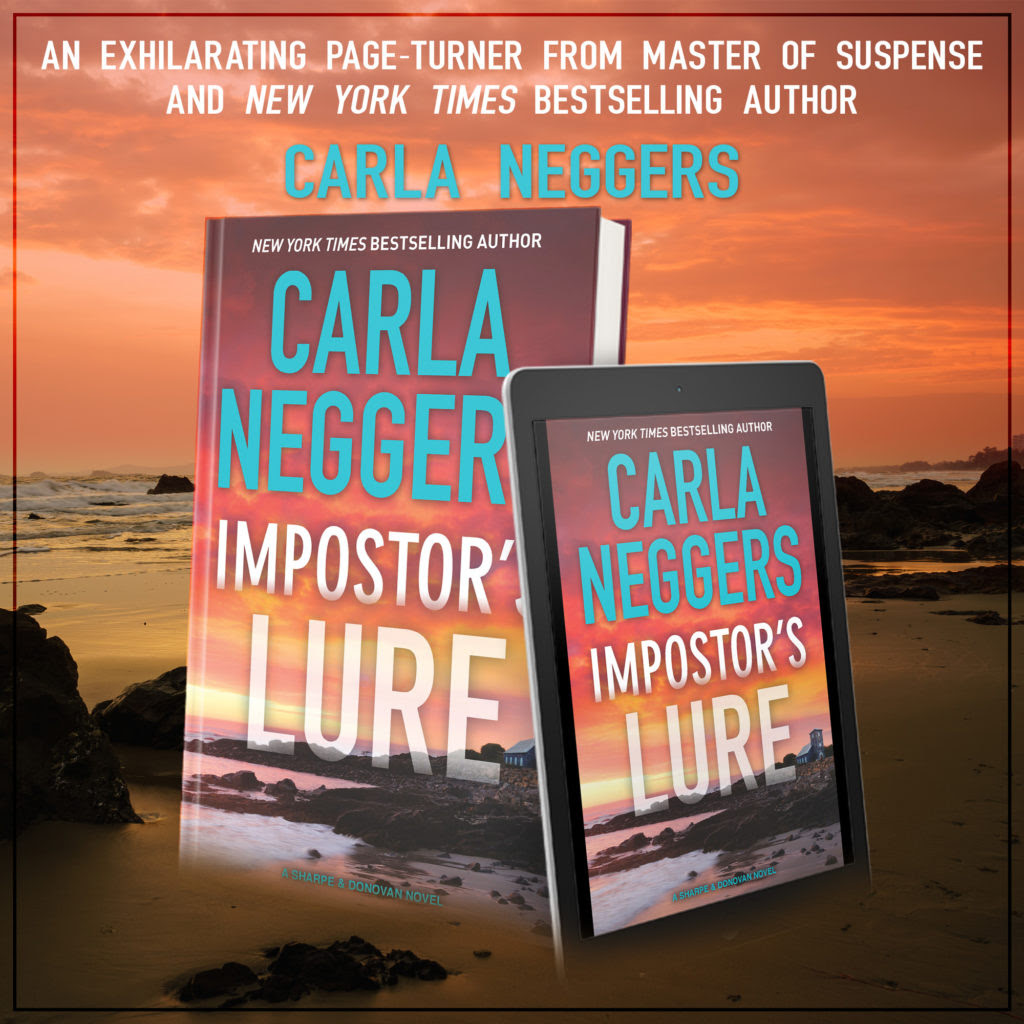 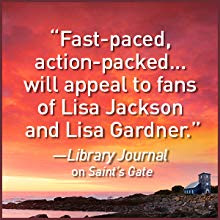 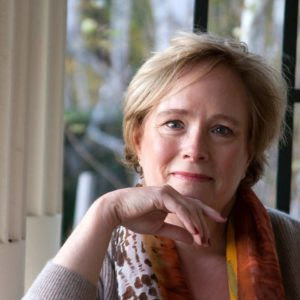 With many bestsellers to her credit, Carla loves to write now as much as she did when she climbed a tree at age eleven with pad and pen. A native New Englander, Carla and her husband divide their time between their hilltop home in Vermont, a sofa bed at their kids' places in Boston and various inns, hotels and hideaways on their travels, frequently to Ireland.