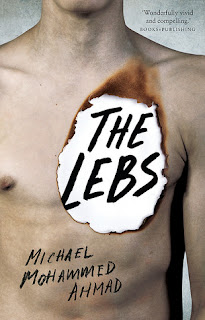 'Bani Adam thinks he's better than us!' they say over and over until finally I shout back, 'Shut up, I have something to say!'

They all go quiet and wait for me to explain myself, redeem myself, pull my shirt out, rejoin the pack. I hold their anticipation for three seconds, and then, while they're all ablaze, I say out loud, 'I do think I'm better.'

As far as Bani Adam is concerned Punchbowl Boys is the arse end of the earth. Though he's a Leb and they control the school, Bani feels at odds with the other students, who just don't seem to care. He is a romantic in a sea of hypermasculinity.

Bani must come to terms with his place in this hostile, hopeless world, while dreaming of so much more.


THE LEBS will never be the kind of book that could say I enjoyed reading, but it was engaging and held my interest.

His high school life portrays a picture that makes for confrontational reading. It’s a depressing picture of youths who seem to have little care for themselves or each other. There are no lifelong friendships to be made here; it’s about survival and dealing with the actions of peers whose opinions are as uninformed as the narrator’s at times.

I do wish there was greater focus on Bani’s family and the influence they had on him. We learn much later in the book he comes from a large family, but they are rarely mentioned We learn that his father decided to move the family from inner city Sydney, away from what he considered bad influences on his children, but only discover at the end his wider family are not as law abiding as I assumed.

At the end I was cheering for Bani as he makes some powerful discoveries about himself and how he is perceived. Bani is curious, and even when being mocked, he still plugs away, asking questions and trying to understand. But what of those he went to school with? All I can see are groups of people whose understanding is unlikely to budge from those formed in their youth, and that’s disappointing. 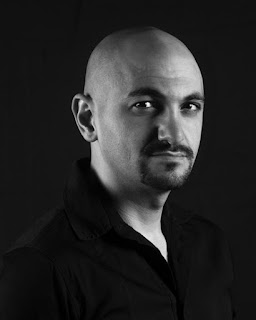 MICHAEL MOHAMMED AHMAD is an Arab-Australian writer, editor, teacher and community arts worker. He is the founder and director of Sweatshop, a literacy movement in Western Sydney devoted to empowering culturally and linguistically diverse artists through creative writing. Mohammed's essays and short stories have appeared in the Sydney Review of Books, The Guardian, Heat, Seizure, The Lifted Brow, The Australian and Coming of Age: Australian Muslim Stories.

Mohammed received his Doctorate of Creative Arts at Western Sydney University in 2017.