This isn’t a holiday romance. No one’s on holiday and Hayden Wolf isn’t romantic. 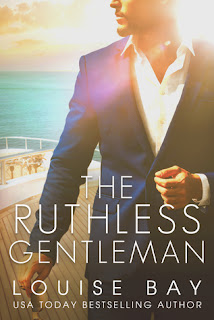 As a chief stewardess on luxury superyachts, I massage egos, pamper the spoiled and cater to the most outlandish desires of the rich and famous.I’ve never had a guest want something I can’t give them. Until British businessman Hayden Wolf comes aboard—all sexy swagger and mysterious requests.He wants me. And Hayden Wolf’s a man who’s used to getting exactly what he demands. Despite being serious and focused. Demanding and ruthless. He’s also charming when I least expect it as well as being devastatingly handsome with an almost irresistible smile.But guests are strictly off limits and I’ve never broken a rule. Not even bent one. My family are depending on me and I can’t lose my job.Only problem is Hayden Wolf is looking at me like I just changed his life. And he's touching me like he’s about to change mine. 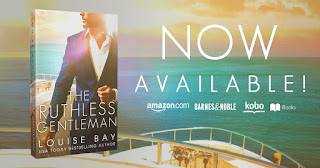 
Eight weeks on a luxury yacht sounds idyllic, unless you’re Hayden Wolf, who is using the vessel as a remote office to bunker down and investigate who is attacking his business empire. All he wants is privacy and discretion.Avery Walker is the chief stewardess and her role is to ensure the requests and whims of the guest are catered for. Hayden may not have a long list of demands but he is very interested in Avery; and he is used to getting what he wants. Avery feels the pull of their mutual attraction but placing her job in jeopardy is unthinkable. She needs this job; it’s a lifeline for more than just herself.Hayden and Avery were great. On paper, there may seem to by a gulf between them but scratch the surface and it’s clear they share similar traits. The complement each other. And, as they get to know one another, they draw strength from each other. Their delight in finding a person who they can openly talk to and trust makes for some thought-provoking conversation between them.Being in such close quarters on a daily basis amplifies the palpable chemistry between Hayden and Avery. Louise Bay does a great job in fanning the slow burn of this attraction. The light flirting, the gentle touches, the temptation of simply being near one another intensifies over time and when they do become physically intimate, the heat levels are scorching hot. I was often squirming in anticipation of what would happen next.When loyalties are tested, the fallout leaves our main characters questioning the trust they placed in each other. I did not envy the dilemma they faced. The writing is empathetic and whatever the outcome, I would have forgiven the characters. However, this is a romance and I want my Happy Ever After, so I am giving Hayden an A+ for his grovelling efforts. He might not have thought he was looking for a relationship but from the start, his gestures toward making Avery happy tell a different story. It’s a role reversal of sorts that seems fitting in the end. You’ll just have to read the book to find out more.Finally, I really enjoyed Hayden’s relationship with his brother Landon. Their teasing and banter throughout the book provides respite from the tense, somewhat forbidden romance between Hayden and Avery. Is it too soon to request Landon gets a book of own? 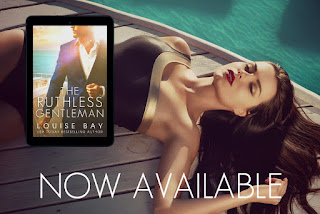 USA Today bestselling author, Louise Bay writes sexy, contemporary romance novels – the kind she likes to read.
Ruined by romantic mini-series of the eighties, Louise loves all things romantic. There’s not enough of it in real life so she disappears into the fictional worlds in books and films. Louise loves the rain, The West Wing, London, days when she doesn’t have to wear make-up, being on her own, being with friends, elephants and champagne.
She loves to hear from readers so get in touch!
https://louisebay.com/
Billionaires/Wealthy Heroes Book Review Review Romance