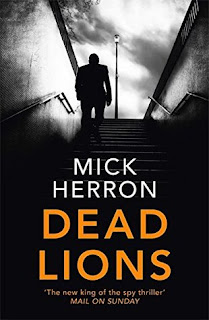 London's Slough House is where the washed-up MI5 spies go to while away what's left of their failed careers. The "slow horses," as they’re called, have all disgraced themselves in some way to get relegated here. Maybe they messed up an op badly and can't be trusted anymore. Maybe they got in the way of an ambitious colleague and had the rug yanked out from under them. Maybe they just got too dependent on the bottle—not unusual in this line of work. One thing they all have in common, though, is they all want to be back in the action. And most of them would do anything to get there─even if it means having to collaborate with one another.

Now the slow horses have a chance at redemption. An old Cold War-era spy is found dead on a bus outside Oxford, far from his usual haunts. The despicable, irascible Jackson Lamb is convinced Dickie Bow was murdered. As the agents dig into their fallen comrade's circumstances, they uncover a shadowy tangle of ancient Cold War secrets that seem to lead back to a man named Alexander Popov, who is either a Soviet bogeyman or the most dangerous man in the world. How many more people will have to die to keep those secrets buried?

I am now quite addicted to the Slough House series, yet I’m taking my time in reading them because they are well worth savouring.

In Dead Lions, the focus is on relationships with Russia, both those from the past and in the future. A low-level agent whose heyday was way back during the Cold War is dead, and only Jackson Lamb, The Slough Horse boss, seems to think there’s more to it than an old drunk dying. And looking forward, those in power, as well as those looking to be in power, are jockeying to form relationships with particular Russians who power base is increasing back in Russia.

There are plenty of twists and turns in the story that kept me highly engaged but once again, it’s the “Slow Horses” and their relationships with each other, and others at the fictitious Mi5 HQ in Regent’s Park, that make the book unique. Herron’s characters are often witty and wily, but rarely likeable. It’s really a case of every person for themselves in this professional setting. Even when they are co-operating on the surface, there are plenty of behind the scenes machinations as everyone tries to protect themselves but gain an advantage; for those in Slough House the aim being entry back to Regent’s Park HQ.

I highly recommend this book, and the Slough House series. 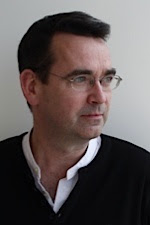