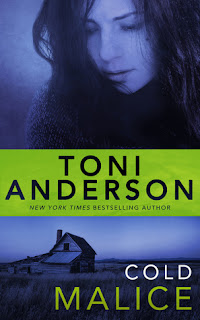 ASAC Steve (Mac) McKenzie is out to prove himself by leading a task force investigating a series of murders in the heart of Washington, DC. His undercover work in an antigovernment compound twenty years earlier is related—as is the sweet, innocent girl he befriended back then. Now that girl is a beautiful woman, and she has something to hide.

Tess Fallon spent a lifetime trying to outrun her family’s brand of bigotry, but someone is threatening her anonymity by using the anniversary of her father’s death to carry out evil crimes and she’s terrified her younger brother is involved. She sets out to find the truth and comes face-to-face with a man she once idolized, a man she thought long dead. As the crimes escalate it becomes obvious the killer has an agenda, and Tess and Mac are running out of time to stop him.

Will the perpetrator use a decades-old dream of revolution to attack the federal government? And will the fact that Tess and Mac have fallen hard for each other give a cold-hearted killer the power to destroy them both?

I thoroughly enjoyed Cold Malice by Toni Anderson. I could say I predicted who the villain was, but since I had a suspect list as long as my arm, let’s just say the story had enough twists that kept me guessing until the nail-biting end.

I found Tess Fallon an intriguing character from the start. She’s worked hard to distance herself from a life she was born into but wants no part of. But the past is catching up with her...the past that also includes Steve “Mac” McKenzie, a man who is driven to climb the corporate ladder and knows associating with Tess is not in his professional interest.

In addition to the mystery element, I was absorbed in the push-pull of Tess and Mac’s relationship. They both recognise the physical and emotional attraction between them but they also realise being together might not be the best thing for them.

I have been reading the Cold Justice books out of order and have had no issues in keeping the storyline and characters straight in my mind, although I have to admit I am not a fan of the many acronyms the FBI thrives on. I find them a distraction.

Cold Malice is an absorbing read and I am keen to read more in this series. 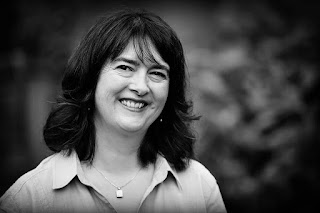 Originally from a small town in England, Toni studied Marine Biology at University of Liverpool (B.Sc.) and University of St. Andrews (Ph.D.) with the intention she’d never be far from the ocean. Well, that plan backfired and she ended up in the Canadian prairies with her biology professor husband, two kids, a rescue dog, and two laid-back leopard geckos.

Toni started writing while pregnant with her first child and never stopped. Her greatest achievements are mastering the Tokyo subway, climbing Ben Lomond, snorkeling the Great Barrier Reef, and surviving fourteen Winnipeg winters (fingers crossed). She loves to travel for research purposes and was lucky enough to visit the Strategic Information and Operations Center inside FBI Headquarters in Washington, D.C. in 2016, and she also got to shove another car off the road during pursuit training at the Writer’s Police Academy in Wisconsin. Watch out world!