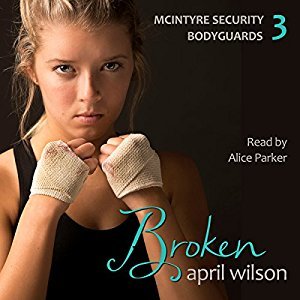 As a 22-year-old female professional bodyguard, Lia’s a rarity in a male-dominated field. She may be a petite, cute blond, but she’s a master of martial arts and Krav Maga, and she can render a man twice her size unconscious in just seconds. Lia hides a painful past behind a snarky, take-no-prisoners attitude. She was horribly betrayed by her first love, and she’s determined never to let anyone use her or hurt her again. To make sure that never happens again, she’s got rules. One, never sleep with a client. And two, never sleep with the same guy twice. The walls she’s built up to protect herself are rock solid. Until she meets her new client, Jonah Locke, a swoon-worthy rock star with a heart of gold.

Jonah Locke is the front man for the most popular rock band in the United States. His band dominates the charts, and he’s constantly hounded by crowds of fan-girls and paparazzi. The guy can’t sneeze without everyone on social media knowing. A bad break-up with the Queen of Pop sends him from LA to Chicago, where he just wants to lie low and write new songs. Unfortunately, trouble follows him to Chicago. When he meets his new bodyguard, he falls hard for her. But lust transforms into something more when he gets to know the woman beneath the kick-ass shell.

Broken can be read standalone, but it will be enjoyed more as part of the series, because there are lots of cameos of other beloved McIntyre Security characters. HEA, yes! Cliffhanger, no! Read this book only if you like smart-mouthed, feisty heroines who don’t take crap from anyone.

Lia McIntyre is 22 years old and has lived through a public humiliation that I would not wish upon anyone. It’s a testament to her strength of character how she has handled it but one thing she has not been able to overcome is her fear of romantic relationships.

Jonah Locke, musician on the rise and the man Lia is assigned to guard, is attracted to Lia from the start and he is willing to work to break down the barriers between them. I enjoyed the slow burn romance between them.

Overall this was a solid read. It’s my first April Wilson book, so I had no set expectations. There are characters from previous books in the series, which I assume fans will enjoy, but at times I felt their continued story overshadowed Lia and Jonah’s story.

Alice Parker’s narration was very good. I enjoyed listening to her voice and her characterisations. However, my enjoyment was greatly hampered by the incredibly slow pace of the narration. The pauses between sentences was much too long. I listen to all audiobooks at 1.0 speed. This was the first book ever that I needed to listen at 1.25 speed (the next available option on my device). Frustratingly, this was a touch too fast for my liking. 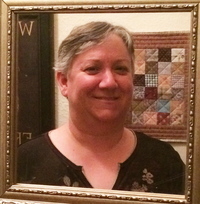 My name is April Wilson, and I write contemporary romance novels. I write about alpha protectors who fall in love hard and unconditionally. My characters are strong, sexy, and slightly damaged... because no one is perfect. What else would you expect from a die-hard romantic? You won't find any cliffhangers in my novels, although you will find ongoing story lines that evolve organically over the span of several novels and many recurring characters that readers love to see again ... because who doesn't love romantic series?