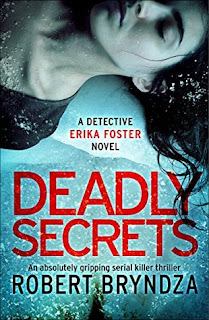 On a cold icy morning, a mother wakes to find her daughter’s blood-soaked body frozen to the road. Who would carry out such a horrific killing on the victim’s doorstep?

Straight off her last harrowing case, Detective Erika Foster is feeling fragile but determined to lead the investigation. As she sets to work, she finds reports of assaults in the same quiet South London suburb where the woman was killed. One chilling detail links them to the murder victim – they were all attacked by a figure in black wearing a gas mask.

Erika is on the hunt for a killer with a terrifying calling card. The case gets more complicated when she uncovers a tangled web of secrets surrounding the death of the beautiful young woman.

Yet just as Erika begins to piece the clues together, she is forced to confront painful memories of her past. Erika must dig deep, stay focused and find the killer. Only this time, one of her own is in terrible danger…

I have been hearing many positive things about Robert Bryndza so I was keen to read his books. I was not disappointed with Deadly Secrets.

The story kept me entertained until the end. Marissa Lewis has been murdered, and as the police dig deeper we discover there are many sides to her life with plenty of potential suspects for her murder.

I felt the story was well-plotted and I never felt lost as new characters appeared on the scene. There was sufficient information about ongoing characters (Erika’s colleagues, her father in law) to understand the relationships without getting bogged down in the past.  Locations and atmosphere are well described and the pacing always left me anticipating what was going to happen next.

This is the first Detective Erika Foster book I have read, but it’s the 6th in the series. My one disappointment is that there are significant spoilers for book 5 in Deadly Secrets. If you do plan on reading this series I would highly recommend you start with book 1. That’s what I plan to do. 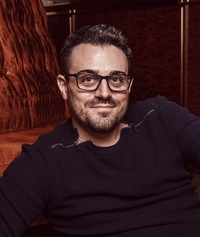 Robert Bryndza is the author of the international #1 bestseller The Girl in the Ice, which is the first in his Detective Erika Foster series. It has sold over one million copies.


The Night Stalker, Dark Water, Last Breath and Cold Blood are the second, third, fourth and fifth books in the series. The sixth book, Deadly Secrets has just been published.
Robert’s books have sold over 2.5 million copies and have been translated into 27 languages.
In addition to writing crime fiction, Robert has published a bestselling series of romantic comedy novels. He is British and lives in Slovakia.

Can a summer fling become the love of a lifetime?

Can a summer fling become the love of a lifetime?

Perpetual good girl Caterina Longo is dependable to a fault. At 33, she’s never called in sick. Never had a one-night stand. Never taken a chance in her entire life. When she walks in on a cheating ex and sees everything wrong with her life, she takes off on a solo vacation, busting out of her comfort zone and into the arms of a guy she never saw coming.

Joe Hunter has no room for distractions. Making his restaurant a success and proving his worth to his family—and himself—is his sole focus. At least it is until a beautiful stranger, in search of fried food and a shoulder, wanders in one night.

Is two weeks of unexpected, life-altering passion all they’re meant to share? What happens when vacation ends and real life takes over?


$2.99 for a Limited Time | Free with Kindle Unlimited
• AMAZON UNIVERSAL • 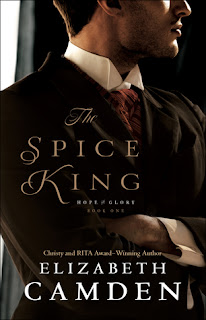 Gray Delacroix has dedicated his life to building an acclaimed global spice empire, but it has come at a cost. Resolved to salvage his family before they spiral out of control, he returns to his ancestral home for good after years of traveling the world.

As a junior botanist for the Smithsonian, Annabelle Larkin has been charged with the impossible task of gaining access to the notoriously private Delacroix plant collection. If she fails, she will be out of a job and the family farm in Kansas will go under. She has no idea that in gaining entrance to the Delacroix world, she will unwittingly step into a web of dangerous political intrigue far beyond her experience.

Unable to deny her attraction to the reclusive business tycoon, Annabelle will be forced to choose between her heart and loyalty to her country. Can Gray and Annabelle find a way through the storm of scandal without destroying the family Gray is fighting to save?

THE SPICE KING by Elizabeth Camden is…