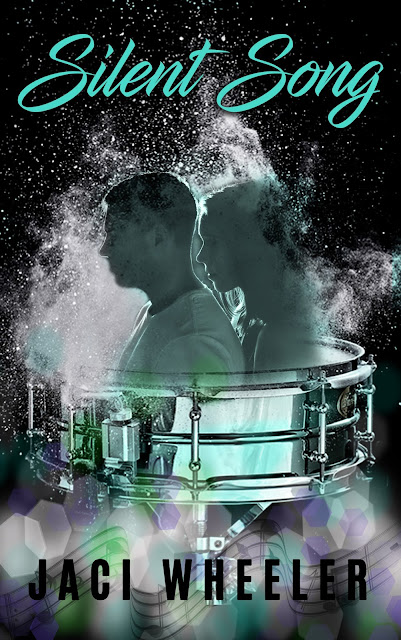 *Barrett*
I’m Deaf. What most people view as a disadvantage, I see as an advantage.
I feel my way through life in my 1969 Ford Fairlane.
The vibrations and speed sustain me, the race track is where I dominate.
I thought racing was all I needed to survive…but I was wrong.

*Presley*
Music is my life. I inhale the melody and breathe in the lyrics.
That was until I met someone that opened my eyes to a new culture.
Who knew all it would take was silence for me to really experience music.

When Silence and sound collide it creates an explosion of the senses. 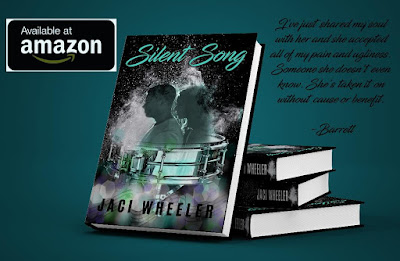 My Thoughts
If nothing else, this book gave me great insight into the life of a deaf person. There are so many things I had never even thought about and the realities are presented in both a forthright and poetic manner. And make sure to reader the author’s letter to the readers before starting the book. There is a lot of important context given.

It is hard not to sympathise, empathise, {insert an entire thesaurus of similar words] when it comes to Barrett. He may only be 18 years old but his life is filled with struggles, many of which have nothing to do with his deafness. Even during times of tragedy, I thoroughly enjoyed reading about Barrett. Not only was he left to deal with the fallout of a family falling apart but he was also questioning his own value as a person. His thoughts and feelings are just gut-wrenching at times.

Presley is the 20-year-old music therapy student who first meets Barrett as they’re escaping from a streetcar race the police area about to uncover. Her knowledge of sign language offers her the opportunity to communicate and get to know Barrett. Presley’s attempts to give Barrett what he needs are not only special but relevant. She is not doing these things for the sake of it but she has a genuine desire to help. And as horrible as it may sound, her efforts are part of the reason I struggle to understand the character. Her selflessness and desire to help people is never ending; she is just too good to be true. Further, at the book’s conclusion, there’s a small part of me that does not believe that Barrett’s and Presley’s is a grand love affair. I believe they love and are attracted to each other but there is a lot of growing for them both to do.

The side characters are great. Jodi, Presley’s roommate is a real firecracker and is fun to read about. Randy, Barrett’s uncle, is a wonderfully supportive man to Barrett. I do hope Randy gets his own happy ever after. 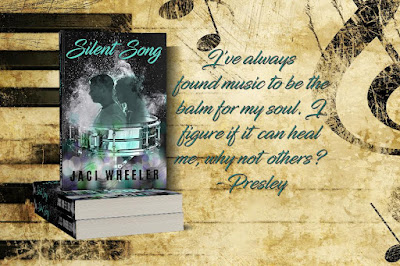 “Could you…I mean, would it be okay if you sang to me?” My head snaps up and I look at him. He’s looking down sheepishly, but he raises his eyes to meet mine.
“Why sing if can’t hear you?”
“I can a little…if you let me put my head on your chest.” I look at him skeptically and he is quick to follow up, “I swear it’s not a line. My mom used to sing to me that way, and it’s been a while, so I was just curious if it would work with you.”
“Light on off which?” I repeat.
“I prefer low light, always on.” He flips off the main switch and turns on the nightstand light, which isn’t more than an amber glow.
I roll to my back and he places his head on my shoulder. I think about what song to sing. It’s not like it’s really going to matter much to him, but I never make a song choice without thought. Music is the sound track of life to me, so I decide something a little sad and soulful is in order. I pick ‘Hallelujah’ by Jeff Buckley. Singing while flat on your back with a person on top of you is no easy feat. I guess it doesn’t really matter what the sound is like as long as the vibration is there, so with that in mind, I keep my tone low and raspy. Luckily, I tend to feel right at home singing alto, so this works out pretty nicely.
I start off soft and low, and let the music build. He is tentative in the beginning, who am I kidding, we both are. This should be seriously awkward. We hardly know each other and we’re entering major bubble territory…yet there’s also something very innocent and pure about it. I can tell when he starts to relax and is more comfortable. I’m really letting go as well now and just singing from my soul. He moves to where his head is fully on my upper chest, right below my throat. By the third verse I stop worrying about how weird this might be and the beauty of the situation full on hits me. I’m able to give this man something that he’s never been able to give himself. Sharing the joy of music isn’t only a passion for me, it’s a need, so we are just two souls fulfilling a great need in each other.
His tears are completely silent as they slowly hit my exposed skin and pool in the hollow of my throat. They spark my own tears. The idea that I can touch him so deeply this way, giving him nothing but my voice, touches me deeply. Without thinking, I bring his arms around me and place his hands flat against my back so he isn’t only getting the sound vibrations from my chest, but he can also feel them from behind. It has its desired effect when he sighs out against my neck. The song ends but neither one of us move. To be honest, I have no words. In this type of communication words are useless. I close my eyes and go right into ‘Brightest’ by Copeland. Somewhere around ‘As my guitar gently weeps’ by the Beatles, I drift off. 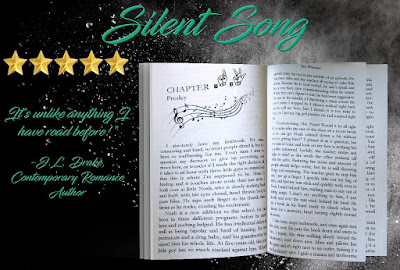 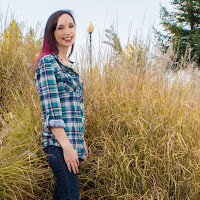 Jaci Wheeler lives in the Central Valley of California with her husband and two precious kids.

Her love of literature began in Jr. High when she was introduced to Lowis Lowry’s books. Since then she has had a passion for writing Young Adult books, and creating strong female leads. When she’s not writing, she is advocating for Autism Awareness and involved in the deaf community.

Her favorite things to do are play with her children, craft with her friends, sleep while her husband watches movies and indulge in her favorite addictions: Coffee, candy and shoes.