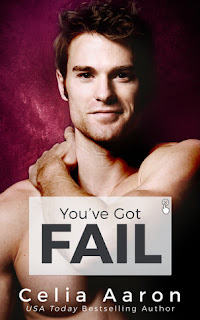 A romantic comedy from Celia Aaron.I single-handedly built the hottest website for dating and relationship advice. Got a question? Scarlet Rocket can answer it for you. I was your modern day agony aunt with the solutions to all your pesky personal problems.

The only issue? I was actually a man named Willis Halloran, not the female Scarlet Rocket. I thought my secret was safe. But then a sexy con artist calling herself Scarlet Rocket began showing up at society events, pretending to be me. I couldn’t let it go, so I tracked her down and confronted her.

It went well … except for the part where she stole my wallet. Oh, and the part where she conned my agent into having us work together. And after that? Let’s just say she wound up stealing something much more valuable than my wallet or my [fake] name.

“I always get to know my marks.”
“I’m not a mark.”
“Keep telling yourself that, Sparky.”


What a fun read this was.

Willis Halloran (aka Sparky) is a nerdy, dorky, introvert man-child. He’s a celebrated, albeit anonymous, blogger. He definitely knows how to get it on in bed. He isn’t afraid (much) in showing his vulnerable side. He is downright funny. He’s the perfect book boyfriend!

Who he is not in public, is Scarlet Rocket. That’s his online persona yet there’s a sexy redhead parading around town telling people she is the well-known blogger.
In a strange twist, Willis’ agent decides the charade should continue until his book, under the Scarlet Rocket name, is produced. And now our pretend Scarlet’s got him! She needs money to pay off a debt and he is the prey.

Willis and “Scarlet” are so well suited. They are a combustible combination. I enjoyed going along for the ride as they battled minds and wills, physically pawed at each other and tried to outdo each other in this cat and mouse game that was being played out.
The supporting characters, especially Jason (squee!) and Elias are of the snort-laugh variety. They are over the top ridiculous and a joy to read about.

Underneath the comedy and humour, there are deeper topics being addressed. Both main characters are playing different roles in their public and personal spheres, and it’s difficult for them both to let down their guards. The meaning of family and the lengths you will go to protect them is significant for “Scarlet”. And speaking of “Scarlet”, she remains such a chameleon that we don’t know her real name until near the end when she herself begins to lower her metaphorical walls.

One minor issue that marred my enjoyment was the Pauly storyline. His threats felt real and consistent for the entire book until the end when it became farcical. As a reader, this felt like taking the easy way out and undermined the distress caused up to that point.

Even with some serious themes, this book is definitely a romantic comedy. All the characters shine, making You’ve Got Fail an enjoyable read. 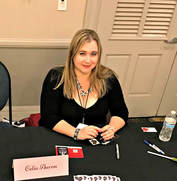