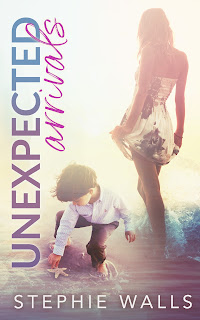 It had to be a joke.

Any minute now, a van would drive up and Ashton Kutcher would slide the door open, laughing hysterically at my melodramatic performance on the front porch.

The words on the page jumbled into a toxic mess my brain refused to comprehend, much less accept.

Please consider this letter as a formal request to arrange a paternity test (DNA).

That wasn’t true—we’d gone out once, and we’d been friends for a while after. But I hadn’t heard so much as a peep from her since I’d gotten married. I’d reached out a handful of times, but she’d quit responding and fell off the face of the earth. There hadn’t been a text, an email, a phone call, not even a Facebook message, much less a stork in the last five years.

My wife could forgive a lot, but she’d never wanted children—much less another woman’s.

I first met the characters of Cora and Legend in Leddy Harper’s book The Roommate ‘dis’Agreement, which I have reviewed here. Even with such a small appearance, the character of Cora intrigued me.

The prologue is set in the present day with James receiving notification that he has been called to provide DNA for a paternity claim. Thoughts race through his head. One of his primary thoughts being that Cora, his wife, will not be pleased. And that’s an understatement.

We are then sent back in time by 15 years to witness a young James and Cora as they meet, fall in love and decide to be together. Just as they are about to settle into their careers, Cora drops the bombshell that she wants to break up with James. James is blindsided and unable to convince her to stay.

James has never stopped loving Cora but he is lost without her. During his time away from her, he meets Chelsea. There is nothing between them apart from a brief coupling when they are both in need of human touch and companionship. Neither expects or wants a relationship with each other. They continue to communicate for a brief time, with Chelsea even advising James he should seek out Cora and try again. Unbeknownst to James, Chelsea falls pregnant and chooses not to tell him. And that’s all I’m going to say to avoid spoiling this well plotted story.

I thoroughly enjoyed this book. My emotions were shuffled in all directions as I became angry with Cora for leaving James, frustrated with James for being unable to successfully move on from Cora, sad for Chelsea as she dealt with family issues that were out of her control. I think the best part – and worst – was that I could relate to all these people. No one was right. No one was wrong. No one was to blame. Every one of them was impacted in both good and bad ways by the things that life had dealt them. Everyone was human. And the biggest lesson? That the impact a person has on your life should not be measured by the amount of time spent with them. The shortest time can offer both the greatest rewards and greatest challenges.

This story is a wonderful account of lost chances, second chances, selfless choices and selfish choices. I highly recommend it. 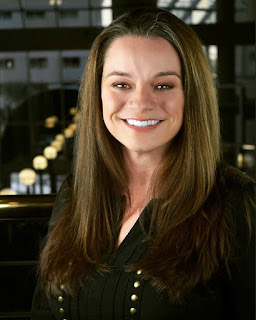 Stephie Walls is a literary whore - she loves words in all forms and will read anything put in front of her. She has an affinity for British Literature and Romance novels and an overall love of writing. She currently has six novels out, four short stories, and two collections; all provocatively written to elicit your imagination and spice up your world.