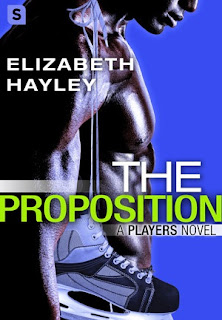 Professional hockey player Ben Williamson doesn't quite know how he got himself into this situation; hiring someone to be his date to his brother's wedding is way out of character for him. But with family pressuring him to settle down, going stag just isn't an option. It would just be one more thing his polite, cultured family uses as ammo against him.
Ryan Cruz is having a bad day. Wait, make that a bad year. Broke, technically homeless, and living on a friend's couch, she's now also unemployed after her sharp tongue gets her fired from her job. So when a handsome stranger approaches her out of the blue with a proposition--he’ll pay her to be his date to his brother’s wedding for the weekend--accepting his offer is a no brainer. She needs the cash and figures it wouldn't be in the best interest of a professional athlete to murder her.
What starts as a simple business arrangement soon becomes more as these opposites attract and get caught up in the wedding magic. Will Ben and Ryan be able to turn their relationship into something more? Or is love based on a proposition too much of an obstacle to overcome?

First up, let me point out that while Ben is a professional hockey player, this book does not revolve around his professional life. In fact, we don’t even meet any of his fellow teammates and nor do we see Ben on the ice in a professional capacity.  This is not a romance set in the world of hockey.

What Ben does not have is an understanding family. Academically successful, they do not understand Ben’s career choices and he struggles to maintain a link with them. Added to this is a decade old rivalry/hatred of his older brother, David. Davis is getting married and Ben has been coerced into being the Best Man.  Ben decides hiring an escort is the answer to his mother’s attempts at matchmaking and sticking out like the proverbial fifth wheel at the event.

Ryan Cruz’s life is spiralling downwards. She may be gutsy and spirited but she’s also broke,  sleeping on her friend’s couch and has just walked out of her waitressing job at a strip club. When Ben mistakes Ryan for an escort she jumps at the chance to play his girlfriend to earn some much-needed money.

I felt the book began with a wobble. I do not believe that a publicly recognisable, professional athlete would think it’s a good idea to go to a strip club to find an escort to be his date at his brother’s wedding. In this day and age of social media scrutiny, as well as the abundance of discreet escort services, this decision is dubious.

What follows, however, is quite a good romance novel. Ben and Ryan may come from diverse backgrounds but they suit each other. Even in the early stages of their relationship, they are relatively relaxed with one other. They talk to each other, like spending time together, drive each other crazy with their respective annoying habits, yet they find them endearing just the same. They are hot between the sheets and I found the sex scenes are well written.

Before we get our HEA, there is the requisite falling out, which I won’t go into detail about to avoid spoilers. It’s handled well and I felt it was a truer reflection of the characters than their beginning.

This was my first Elizabeth Hayley novel and I liked it enough to want to read the other books in this series.

Disclaimer: I received this book free from NetGalley in exchange for an honest review.

Elizabeth Hayley is actually "Elizabeth" and "Hayley," two friends who love reading romance novels to obsessive levels. This mutual love prompted them to put their English degrees to good use by penning their own. The product is Pieces of Perfect, their debut novel. They learned a ton about one another through the process, like how they clearly share a brain and have a persistent need to text each other constantly (much to their husbands' chagrin).

Elizabeth Hayley's writing motto is best captured by the words of Patrick Dennis: "I always start with a clean piece of paper and a dirty mind." 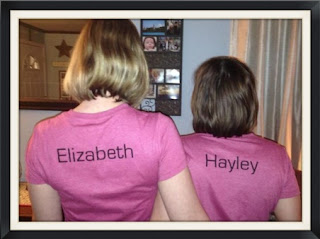