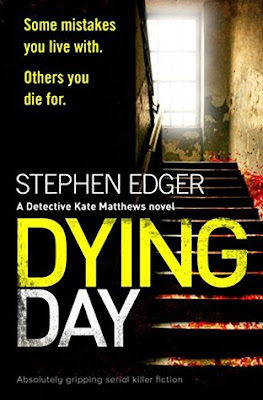 Her dark skin looks almost grey; the effect of the elements and death’s touch. Her limp body left pressed against a wire fence like trash. I make a silent promise that I will do everything I can to catch the person who did this to her…


Exactly a year ago, Amy, a young detective on Detective Kate Matthews’ team, was killed when she was sent undercover to catch a serial killer targeting young girls.

As the case is reopened and the campaign to find the culprit begins again, Kate is told to stay well away, and for good reason: another girl’s body has been found.

Kate is determined to connect new evidence to the old to catch this monster before more innocent lives are taken. The trail runs cold when her prime suspect is found dead. But then why is the body count still rising?

The answer is more terrible than Kate could possibly have imagined, and the killer so much closer than she thinks…

One year after the death of colleague and subordinate, DC Amy Spencer. Detective Kate Matthews is still haunted by the events that lead to her death.

Amy’s death, along with that of several other young women, still remain unsolved and it’s not until a new spate of killings commence that interest is reignited into what were likely to become cold cases.

Kate is eager to join the case but all officials channels are closed to her because she is deemed to be too close to the original case. Kate decides to investigate on her own but is stymied as she needs to work around the system and not raise suspicion.

The novel switches between Kate’s present day investigation and Amy’s past movements. When we read from Amy’s point of view, we are made aware that her days are a countdown to the ‘Dying Day’.  It’s quite chilling to read because Amy is not aware that she will soon die. Her time is focused on helping bring a killer to justice. Yet we know, and there is nothing we can do about it.

The book has plenty of twists and ‘I didn’t see that coming’ moments that make it an engrossing read. There are a variety of characters, enough to give readers several options in guessing who the killer is but not too many for you to forget who is who.

Even though the story was engaging, I did feel there was unevenness in how Kate’s world was presented to readers. There’s a daughter, an ex-husband and a “lover” (for want of a better word) that appear or are discussed, but only on the rare occasion. Perhaps that’s the point? We are only meant to see Kate’s world through Kate’s eyes. And at that time her focus is solely on the case. Yet as a reader, I found it incomplete. It’s like all these people and their lives were placed on hold until they needed to make an appearance in the story to either aid or hinder Kate’s progress.

I do recommend this book and I look forward to the next instalment in the Detective Kate Matthews series. In the mean time, I’ll be going back to read the first book and hopefully learn more about Kate as a person. 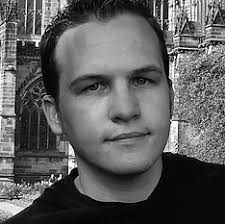 Stephen Edger is a British crime and thriller author, who has been writing since 2010.
​
Stephen was born in the north-east of England, grew up in London, but has lived in Southampton since attending university in the year 2000. Stephen uses his extensive knowledge of the city as the setting for all his novels and short stories.
​
Stephen has a fulltime job in financial services, as well as a Law degree.
​
Stephen is married, and has two children (Emily and Ethan), as well as two West Highland Terriers. Stephen cites Simon Kernick and John Grisham as major influences on his writing style.